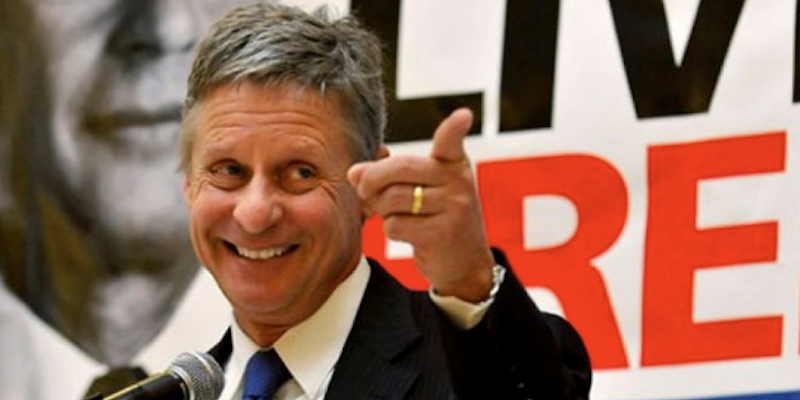 Beyond the election: Third-party candidates and social media

Libertarian Gary Johnson will not win the presidency tonight, but he does have a fair number of fans on social media.

There are a lot of unanswered questions about today’s election, but one thing is for sure: Gary Johnson won’t win. Neither will Fred Karger or Buddy Roemer. But it never stopped these “long shot” candidates from trying to make a run for the White House, with social media as their primary campaigning tool.

With the end of the 2012 campaign just hours away, Johnson recently told Forbes magazine that even if his run didn’t result in electors, it has resulted in social media clout. He told Alex Kantrowitz that his presence on social media will be a major part of his next goal: to elect a libertarian President.

“I recognize that to not do it would be stupid on my part,” he said of being engaged online after the election. “When I look forward, this is just a real gigantic missed opportunity if I don’t become engaged with it myself.”

Johnson currently has more than 343,000 fans on Facebook, 106,000 followers on Twitter and is in more than 1 million circles on Google+. However, it’s important to remember that Google+ is sort of a political bizarro world, where up is down, down is up, and long shots are winning.

More than anything, Johnson’s run for the White House has been a way to bring attention to the cause of third-party candidates. It’s exactly why Karger, the first openly gay candidate, was running, according to spokesperson Rina Shah.

“His campaign is fueled by the desire to show not only young gays but anyone, that you can do anything you want—even run for president of the United States,” she told the Daily Dot.

Karger told the Daily Dot that his own run for the White House would have been impossible without things like Facebook and Twitter. And there is no doubt that running for president helped bring him popularity and visibility online.

But the big question now, is how does one use that social media clout after the race is over? For Johnson, Karger, and even Roemer (who appears to be the least active on social media following his dropout), it’s remaining engaged with followers and fans. For example, on Twitter, Karger is still pushing for the issue that means most to him: gay rights. For Roemer, it’s an out-of-control banking system.

Johnson said his presence online has helped him gain momentum (he hopes to get 5 percent of the popular vote, although admits that Obama will likely win, according to Politico) and that the momentum can continue if he wants.

“Our intention is not to stop,” he told Forbes.