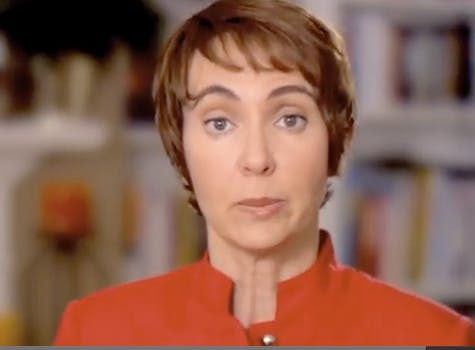 The congresswoman, recovering from being shot in the head just over a year ago, will leave her seat, she announced on YouTube and Facebook.

More than a year after she was the target of an assassination attempt in Tuscon, Ariz., Rep. Gabrielle Giffords announced on Facebook and YouTube on Sunday that she would leave Congress this week.

“I have more work to do on my recovery so to do what is best for Arizona I will step down this week,” she said in a two-minute video posted on Sunday afternoon.

The video featured Giffords, affectionately called Gabby, in front of a camera expressing her gratitude for the support she has received since the Jan. 8, 2011 shooting that took six lives and injured 12 others.

Giffords was shot in the head and has spent the last year recovering from a shooting some thought she wouldn’t survive. Spliced between her statements was footage showing her campaigning prior to the shooting.

The video had been viewed and liked thousands of times within a few hours. On Facebook, it was shared more than 1,500 times. The video also attracted thousands of comments, most positive.

“God bless you, Rep Giffords. I pray for you. You are courageous, and Your spirit is inspiring. I pray you will continue to recover, and that this tragedy might ultimately be used for good. Best wishes and God bless,” wrote Tom Littlejohn on Facebook.

“What a hero, what an example of the good and gracious, what a heart we should all aspire to emulate. Gabby shows what America ought to be,” wrote Barrybdoyle on YouTube.

The video didn’t hint as to what Giffords may do, other than continue her rehabilitation now that she has left Congress. But it did leave the door open for more public service in the future.

“I will return,” she said. “And we will work together for Arizona and this great country.