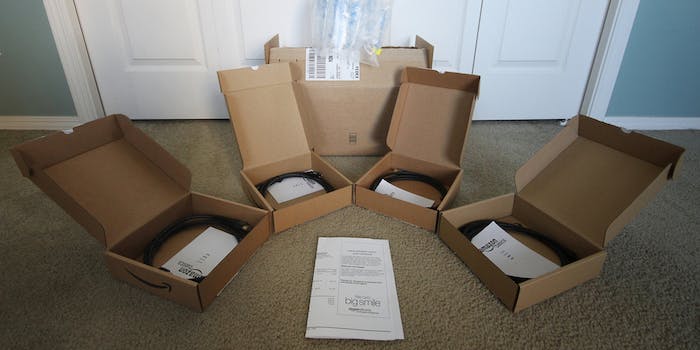 It only took them seven years to update the rule.

The new rules, spotted by the Hill, state that an online shopping site must ship purchased items within 30 days of the transaction or provide a refund to the buyer.

The new name, according to the Federal Register, is the Mail, Internet, or Telephone Order Merchandise Rule. It “prohibits sellers from soliciting mail, Internet, or telephone order sales unless they have a reasonable basis to expect that they can ship the ordered merchandise within the time stated on the solicitation or, if no time is stated, within 30 days.”

The FTC’s new amendments to the decades-old regulation “permit refunds and refund notices by any means at least as fast and reliable as first class mail” and “require sellers to process any third-party credit card refunds [within] seven working days.”

Modifications to the 1993 version of the rule have been in the works for several years, according to the timeline posted on the Federal Register. The FTC posted an Advance Notice of Proposed Rulemaking, the first stage in the federal regulatory process, on September 11, 2007.