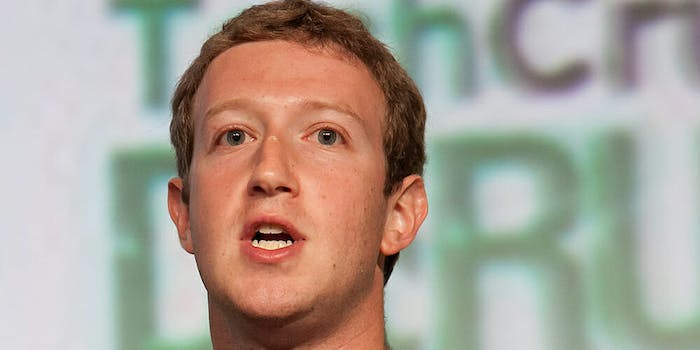 Could this be the end of Facebook as we know it?

Freedom from Facebook, a campaign launched Monday by privacy and anti-monopoly advocacy groups, is pushing the Federal Trade Commission to dismantle the social media network by breaking it into four separate companies.

Activists have sensed an opportunity for change amid public outcry from Facebook’s Cambridge Analytica data scandal, Gizmodo reported. Via petition, the campaign is urging the FTC to break Facebook, Instagram, WhatsApp, and Messenger into four companies that are run independently of each other.

“Facebook unilaterally decides the news that billions of people around the world see every day,” organizers wrote on the Freedom from Facebook website. “It buys up or bankrupts potential competitors to protect its monopoly, killing innovation and choice.”

Demand Progress, Move On, Citizens Against Monopoly, and Open Markets Insitute are all involved in the campaign, which is seeking bipartisan support at a time when Facebook is under great scrutiny.

According to Gizmodo, Facebook responded to the campaign with its standard defense that the platform operates with competition and that “the average person uses eight different apps to communicate and stay connected.”