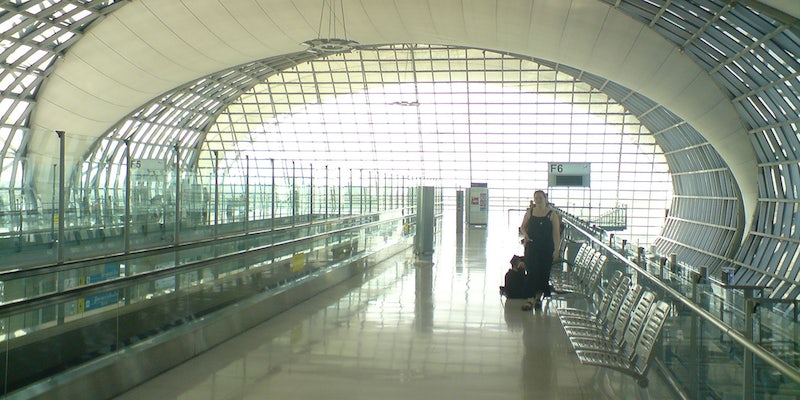 This is almost too easy…

Between TSA delays, luggage fees, and constantly shifting gate assignments, travelers have enough frustration to deal with without airport Wi-Fi also being a scarce resource. Fortunately, Google Maps is here to save the day.

In a public Google Map posted to the r/travel subreddit on Tuesday, one kind soul divulged passwords from 84 airports and airline lounges from all around the world. The entries are mostly clustered in North American and European hubs, but destinations as far afield as Kenya, Iceland, and New Zealand all had entries as of this writing.

The user claiming to be the map’s creator, foXnoMad’s Anil Polat, also linked out to an app version of his data called WiFox that updates in real time and includes workarounds for time-capped networks.There’s no guarantee that the employees at those airports and lounges aren’t also redditors who will be suggesting their system administrators immediately do some password housekeeping, though. Furthermore, less-frequented destinations might be out-of-date for a good long while before a traveler could report back about a failed login attempt.

Fortunately, commenters were full of other suggestions to keep your data roaming to a minimum while you’re on the go: The app WiFi Map (available on Android and iOS) collects password information for all available networks, not just those at airports but also at public museums, coffeeshops, and more. Others suggested competing apps like Airport by FLIO and Instabridge.

You are now free to roam about the globe.