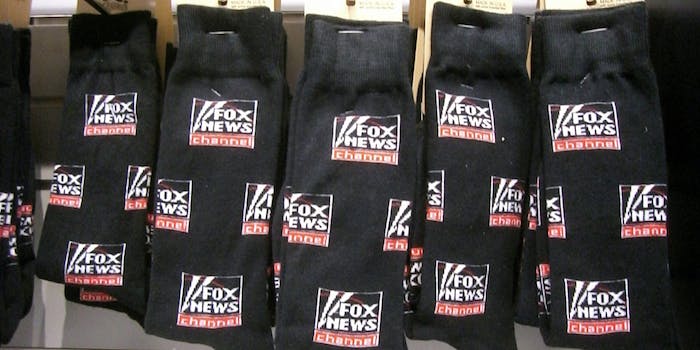 Fox News reportedly going from ‘Fair & Balanced’ to ‘Most Watched. Most Trusted’

Fox News has used the much-mocked slogan since 1996.

Fox News is scrapping its well-known (and highly mocked) “Fair & Balanced” slogan, according to reports.

The slogan, which has been used since 1996, will be replaced with “Most Watched. Most Trusted,” according to New York magazine. “Fair & Balanced” was the brainchild of former Fox News head Roger Ailes, who died last month.

According to the magazine, the slogan is reportedly being changed because it had “been mocked” and was “too closely associated” with Ailes.

A Fox News spokesperson confirmed that the network would no longer be using the slogan, NY Mag reports, but said that it won’t impact editorial decisions or its current programming.

The “Fair & Balanced” slogan was routinely mocked as it seemed to dismiss the clear right-leaning editorial content the network is known for.

Fox News Host Bret Baier tweeted on Wednesday that the move was purely for promotional reasons.

It's a Promo move- "Most Watched-Most Trusted" will drive the day in ads-My show will stay "Fair-Balanced-& Unafraid" & content won't change https://t.co/726zrl8F9q

The decision to rebrand comes at a tumultuous time for the right-leaning TV network amid Ailes’ death and allegations of sexual harassment forcing out its flagship host Bill O’Reilly.