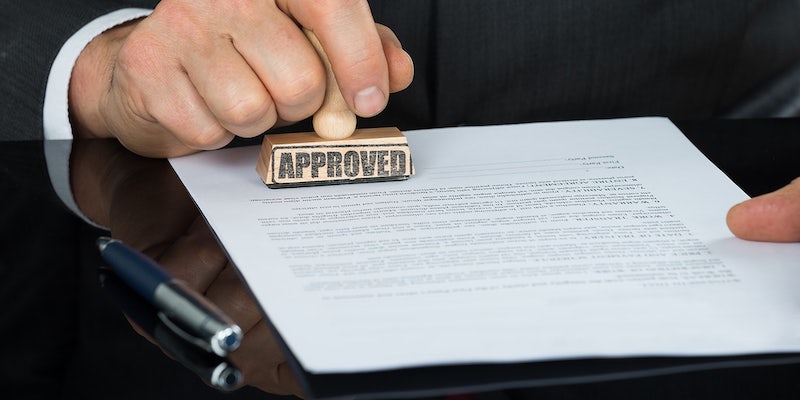 Some call the court a 'rubber stamp' for government spying. But is it taking a harder look at surveillance requests?

The court that reviews government requests for electronic surveillance orders once again approved every request last year, according to a Justice Department memo.

The letter to congressional leaders, first reported by Reuters, explains that the Foreign Intelligence Surveillance Court approved all of the 1,456 electronic wiretap requests that Justice Department lawyers made in 2015. It also approved all 142 of the government’s requests to compel companies to turn over electronic records in bulk.

The government presented the court with 1,457 wiretap requests but later withdrew one.

Of the 1,456 wiretap requests that the court granted, it only required government lawyers to modify 80 of them before approval. It required modifications to only five of the 142 bulk-records requests.

“It should be little surprise that the government is unwilling to abandon a request even where they get pushback.”

The new revelation is sure to provoke outrage from civil libertarians who have criticized the court for its unusual structure and accused it of being a rubber stamp for controversial government surveillance operations.

The FISC is unique in that it is not an adversarial court. In weighing whether to grant a request, it hears arguments from only one party—the government. Reforms contained in the 2015 USA Freedom Act allow the court to request a briefing from an outside lawyer, known as an amicus curiae (Latin for “friend of the court”), in cases that present novel applications of law. But it is up to the court to decide when that condition applies.

In addition, FISC rulings, along with all government filings in applications pending before it, are classified, making it impossible for the public to debate the merits of its rulings and its interpretations of surveillance statutes. The court has declassified some older filings, and the USA Freedom Act requires it to disclose major new ones, but the delay in transparency sets it apart from its counterparts in the traditional judicial system.

Surveillance experts say that, while the 100-percent approval rate is a popular metric by which to judge the court’s behavior, it is not as important as the number of court-ordered modifications. That number jumped to 80 in 2015 from 19 in 2014, after hovering around 35 from 2011 to 2013.

“There was a huge uptick in modifications of traditional [electronic search] warrants in 2015, which might indicate a strategic shift by the FBI following new limits on collection imposed by the president and by Congress in the USA Freedom Act,” Alan Butler, a senior counsel at the Electronic Privacy Information Center, said in an email.

Mark Rumold, a senior staff attorney at the Electronic Frontier Foundation, called the pushback in those 80 cases “a large and promising increase.”

Butler noted that, because of the workload involved in preparing an electronic search warrant for FISC approval, “the DOJ is only willing and able to pursue them on behalf of the FBI in a limited number of cases.”

“It should be little surprise,” he said, “that the government is unwilling to abandon a request even where they get pushback” from a FISC judge.

Albert Gidari, the director of privacy at Stanford University’s Center for Internet and Society, said in an email that the approval rate was consistent with a court whose judges sincerely viewed surveillance authority in expansive, government-friendly terms.

“There is a secret body of law (now being released a little at a time) that informs the requests,” said Gidari, who filed the first public lawsuit before the spy court and won the right for tech companies to disclose approximately how many FISC orders they received.

The court, Gidari said, “has accepted a view of the law which rejects most of the constitutional claims that privacy advocates (and indeed, the newly minted FISC amicus) put forward. So it is no surprise that there are no application rejections when they are all crafted in way the FISC has said over the years meets the requirements of law.”

FISA, last amended in 2008, is the central law governing how U.S. intelligence agencies can covertly monitor suspected agents of foreign powers in the United States.

While most of its rulings are secret, documents leaked to the press by former intelligence contractor Edward Snowden and obtained through the Freedom of Information Act have revealed many key moments in its controversial recent history.

While the FISC approves hundreds of individual wiretap requests every year, it is the bulk-records orders, issued under Section 215 of the USA Patriot Act, that have earned it the most attention. One such order, sent to Verizon, became the first document published as part of the Snowden leaks in 2013. When Yahoo challenged a similar FISC order, the legal proceedings in the case exposed the imbalance between the government and its opponents in a venue designed to be one-sided.

The number of bulk-records requests that the court modified dropped precipitously from 2013 to 2014, when it went from 141 to four, and remained low in 2015, when it stood at five. Butler suggested that this was the result of President Obama directing the Justice Department to limit its reliance on Section 215 orders in the years after the Snowden leaks.

The new statistics shed some light on how the nation’s secret court and the lawyers who file applications with it have reacted to the Snowden revelations and the passage of the USA Freedom Act in the aftermath.

For Rumold, the court’s approval rate for targeted wiretaps isn’t as troubling as the combination of its secrecy and its judges’ legal reasoning.

“What does worry me—and what Americans and foreigners alike should be worried about—is when the FISC approves of surveillance programs that authorize new or particularly intrusive or broad techniques in secret, and by only hearing from one side—the government,” he said.

Noting that Congress had introduced some FISC reforms in the 2015 law, he added, “I think the jury’s still out on whether those provisions will work effectively, but in principle, they should address some of the biggest concerns I’ve had with the FISC over the years.”