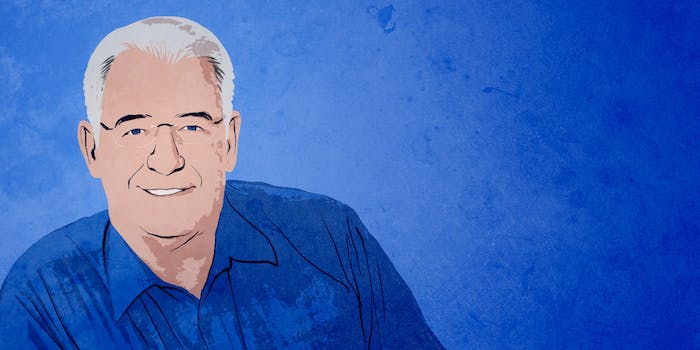 The rifle is similar to the one used to slaughter 49 people last week.

It’s barely been a week.

On Monday, Florida State Sen. Greg Evers, who announced a run for U.S. Congress in April, announced that he would give away a free AR-15 rifle in a sweepstakes contest that requires nothing more than “liking” the Evers for Congress Facebook page.

It was just eight days after a man used what Orlando police called “AR-15-type assault rifle” to murder 49 people at a gay bar and leave 53 more severely injured.

Orlando shooter Omar Mateen actually used a Sig Sauer MCX rifle. While the weapon differs in construction from an AR-15, both guns were created for military purposes.

With terrorism incidents on the rise, both at home and abroad, protecting our constitutional rights has never been more important. With all that’s happening in the world today, I’ve never felt stronger about the importance of the second amendment in protecting our homeland than I do now.

The original posts about the contest on Evers’s Facebook page were removed on Monday night after social media users reported the post for “promoting graphic violence” in violation of the platform’s community standards. Evers himself weighed in on Tuesday afternoon, writing that “Facebook couldn’t be more wrong.”

If you find it shocking, or insensitive, that a member of the Florida legislature would give away a free military-style weapon the week after the worst mass shooting in recent U.S. history occurred in the state he serves, you aren’t alone. Evers’ post about the removal is filled with comments—both from supporters and from people who expressed outrage about his contest.

“Greg, couple of family members that are burying their dead today in Orlando want to know if this contest is still on,” wrote Facebook user Donna DeFrancisco on the public thread.

“This is SO messed up,” commented Kim Rollins Dometrovich. “Show some compassion.”

“What a horrible, insensitive and tasteless human being you are, Greg Evers,” wrote Florida resident Katherine Durst on the post.

“People really need to get all the info on stuff before they go reporting stuff and running their mouths about it!” wrote commenter Cathy Hoffman. “They also need to take a real hard look at the 2nd amendment rights that Americans are ‘supposed’ to have! I got your back Greg Evers!!”

The Daily Dot emailed Evers’ spokesperson Brian Burgess to ask whether the campaign in general had become a target of anger since Monday’s announcement.

“I know some view the contest as insensitive—even some who otherwise support Second Amendment rights,” Burgess wrote to the Daily Dot.

Burgess said that representatives from the LGBT community had called him on the phone to discuss the contest.

“Almost all the calls I’ve been able to answer have been extremely polite, even though they were upset or unhappy with the contest,” Burgess said. “The dialogue with the community has been extremely cordial despite some who are distraught and have focused on the weapon that was used rather than the motivation behind the attack.”

Burgess reiterated the statement that Evers gave on his website, which likely does represent the general views of his constituents in conservative Baker, Florida—located high in the panhandle just a 15 minute drive from the Alabama border.

“Senator Evers believes the conversation must remain centered around Islamic terrorism,” said Burgess. “And because President Obama won’t have that conversation with the American people, we’re left with no choice but to rely on our Second Amendment rights to protect ourselves.”

After Facebook removed Evers’s original post about the contest giveaway, he posted to say that he had already documented all of the people who “liked” the post and the page in order to enter. The winner of the AR-15 rifle will be chosen on July 4.

“The rifle will be awarded after verification that the contestant meets strict eligibility requirements,” reads the contest page on Evers’s website, “including all required background and security checks.”

Clarification: The AR-15 is not technically an assault rifle, despite it regularly being referred to as such. We’ve updated the headline and the article to reflect this distinction.