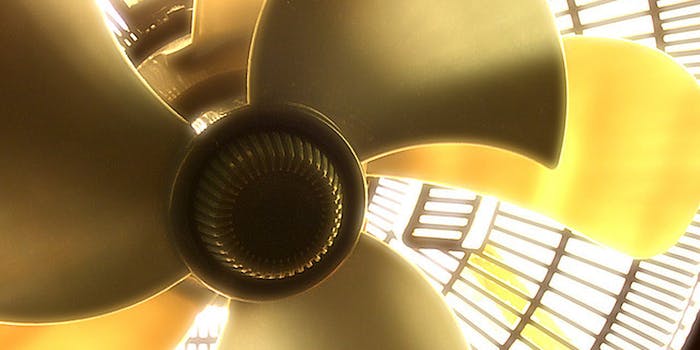 Last night’s botched political debate is Florida in a nutshell

Florida's Republican governor was no fan of his opponent's last-minute debate aid.

Last night, a major gubernatorial debate was nearly derailed over the climate issue—by which we mean one candidate had a small fan placed under his podium and the other threw a tantrum over it, refusing to take the stage. Do you even need to ask where this happened?

All one can do is cringe, and maybe pity the CBS Miami moderators who were forced to explain why former Florida governor Charlie Crist was standing and smirking across from an empty space where incumbent Republican governor Rick Scott should have been facing him. Long story short, it’s because both men are very mature adults capable of running an entire state.

At the end of the night, ThinkProgress reports, Crist was asked why he had brought out the fan. Passing up a golden opportunity to say “Trolls gonna troll amirite,” he responded rhetorically: “Why not? Is there anything wrong with being comfortable?” Scott, in explaining his delayed entrance, said it was unclear at first whether Crist would even show up.

Might be time to register with a third party, y’all.