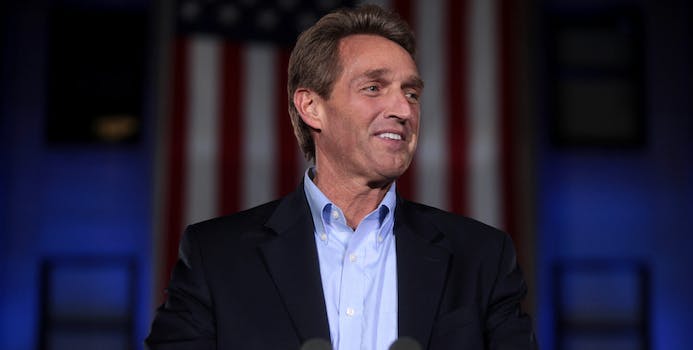 ‘Welcome to the resistance’ Republicans were never going to stop Kavanaugh

It's a fun gag online, but it never meant anything.

There are no moderates in American politics.

This is a lesson that the left has had to learn again and again over the last two years, and it seems that many mainstream liberals are still learning it.

For every piece of praise heaped on Twitter for someone saying something that vaguely defies President Donald Trump (Welcome to the resistance, Rex Tillerson), when it actually matters, there’s no one there.

First, there were the “Never Trump” conservatives who claimed they wouldn’t support Donald Trump’s presidential bid, but fell in line when November 2016 rolled around. When Trump’s agenda came to Congress, they have been happy to push it through.

From Obamacare repeal to tax cuts, the president’s most vocal critics have almost always fallen in line. And it was on full display this week.

Coincidentally, that was exactly the number of defections the Republicans could afford.

There has been a tendency over the last two years to rewrite history, to imagine that before 2016, compromise was actually possible. In our memories, we imagine politicians reaching across the aisle and making decisions no one is totally happy with, but everyone respected.

This revisionist history ignores the rise of the Tea Party, the Iraq War, and the fact that every Republican president since Reagan has ushered in their presidency with massive tax cuts for the rich.

And they’ve been backed by the moderates in the party every time single time. Look at the legacy of these so-called moderates that were supposed to save us from Judge Kavanaugh.

Before Trump, during Trump, and regardless of Trump, Collins, Flake, Murkowski, and Manchin remain stalwart conservatives, and, they will continue to vote as such. Their public image as compromisers has always been an illusion. And no matter how many times online people sing their praises for the smallest stances, they are not the saviors liberals want them to be.

You only have to look at their history to see that.

Joe Manchin is not a Democrat.

Machin has indicated his support for Trump again and again over the last two years, and he all but promised his vote for Kavanaugh early in the process. But, to give Manchin credit, he is not a sudden political opportunist. This is who he is.

In June, Machin made a campaign ad touting his support for President Trump’s border wall. In the ad, he said, “I wanted Mexico to pay for the wall, but they’re not, so we need to do it ourselves. I voted to fund President Trump’s wall. Check the vote.”

Manchin would not sign on to a Democratic statement condemning tax cuts for the rich. The senator supported Scott Pruitt as head of the EPA, even though his policies were guaranteed to hurt West Virginia, a state that has endured a number of environmental disasters at the hands of the coal industry.

Go back even further and you see more of the same. In 1996, when he first ran for West Virginia governor, he took sizable campaign contributions from the coal industry. When he became governor in 2005, he governed as a pro-life, pro-gun, and pro-tax cut. As coal barons like Don Blankenship polluted the environment and caused dozens of deaths through their negligence, Manchin ran as a “friend of coal.”

Manchin was publicly pro-life until very recently, and though he has publicly supported Planned Parenthood during his re-election bid, his support for women’s reproductive rights has been muted to say the least. It’s the policy stance of someone who wants Kavanaugh ruling on Roe.

And nothing has changed. Manchin has not yet ruled out endorsing Trump in 2020.

Machin styles himself as a “West Virginia Democrat,” who takes a moderate stance because he has to. Considering Bernie Sanders defeated Hillary Clinton by 16 points in the state, and the recent rash of “wildcat” teacher’s strikes started there, it is clear that Manchin’s calculations aren’t purely about self-preservation. He is a conservative because he wants to be a conservative and there are no other options because he won’t consider them.

The rest of the lawmakers on this list should at least get a little more credit than Manchin because they at least have the decency to put an “R” next to their name. But, now that John McCain has passed, Collins is the new self-styled maverick who is least deserving of the title.

Collins, along with Murkowski, were anointed as heroes last year when they voted against the American Health Care Act, a bill that would have gutted Obamacare. If you look at her voting history, it is clear that this was no selfless act, but a cold political calculation. She couldn’t win re-election if she took healthcare from thousands of her constituents.

In 2017, Collins voted with the Republican party 87 percent of the time, far higher than she did before Trump took office. Further analysis of Collins’ voting record shows that it was downright foolish to think that the senator would save America from Kavanuagh. While she used to buck her party’s position more often before Trump, she has always been a loyal GOP team player when it comes to judges. In 21 years in the Senate, Collins has voted for Republican judicial nominees 99 percent of the time across more than 500 judicial confirmations.

Some of the Republican policies Collins has eagerly supported include tax cuts and endless war in the Middle East. She has voted against equal pay for women and for placing additional restrictions on abortion rights.

Even when Collins opposes Republican legislation, it would be a stretch to say she supports the Democratic position. While she did not support the AHCA, she opposes the Affordable Care Act and would like to see it replaced with a “bipartisan solution.”

Murkowki also voted against the AHCA, and like Collins, this decision was a purely political calculation. Her opposition to Kavanaugh is also not an at of bravery, but an act of self-preservation.

Like Collins, Murkowski voted against the Paycheck Fairness Act of 2014. That same year, Murkowski added a provision the Violence Against Women Act that would make it more difficult for Alaska’s indigenous women to press domestic violence charges.

Murkowski has attempted to style herself as a feminist and environmentalist. Just as he policies contradict her rhetoric when it comes to women’s rights, her environmental posturing is equally hollow.

She has been described as the “#1 anti-public lands lawmaker,” fighting to roll back regulations for oil, lumber, and any other corporate interest looking to exploit the Alaskan wilderness. She also led the charge to open the Alaska National Wildlife Refuge to drilling.

Those are the two issues where Murkowski bills herself as a moderate, so as you can imagine, when it comes to things like business and guns, she is even more reliably conservative.

Murkowski also votes with Trump 82.9 percent of the time, and with her vote of “present” on Kavanaugh, she allowed his confirmation even though Sen. Steve Daines (R-MT) was attending his daughter’s wedding, instead of forcing Vice President Mike Pence to cast a tiebreaker.

Jeff Flake’s position as a member of the #resistance has been one of the strangest developments of a strange political age. Not only does Flake vote with Trump nearly 85 percent of the time, but—whereas Collins and Murkowski brand themselves as moderates—Flake campaigned as a Tea Party conservative when he first entered Congress and built a reputation as one of the most conservative members of the party.

Flake came to Congress in 2001 as one of the first major victories of Club for Growth, which would go on to form the backbone of the Tea Party. During six terms in Congress, Flake took pride in cutting as much spending as possible.

Over the years Flake has opposed the kinds of programs that, on balance, make him look like a cartoon supervillain. He has opposed prescription drug benefits, abortion rights, minimum wage increases, family leave, equal pay, climate change legislation, fracking regulations and more.

Though Flake has made a name for himself with his anti-Trump grandstanding and empty gestures, such as his call for an FBI investigation in Kavanaugh, at the end of the day, he did what he always does: rubber stamp President Trump’s agenda. He too was a “yes” on Kavanaugh.

The fatal flaw of the first years of “resistance” against Trump is the eagerness to include anyone who opposes Trump by any amount on any grounds. We’ve seen David Frum, George W. Bush, Ana Navarro, and so many other Republicans eagerly welcomed to the resistance on social media and in mainstream publication.

Meanwhile, Bush was instrumental in getting Collins to vote yes on Kavanaugh, calling her repeatedly and vouching for his former White House staffer.

When it comes time to push meaningful issues, these pundits and lawmakers show their true colors again and again, siding with Trump’s policies even if they oppose his tone.

With the exception of Murkowski, these senators were never going to oppose Kavanaugh. If Collins and Flake weren’t in the Senate and Kavanaugh had 49 votes, you can bet that Murkowski would have fallen in line, too. While there may have been no way to avoid a Kavanaugh nomination, Democrats should at least fight while acknowledging political realities.

Effective resistance to Trump requires a coherent opposition with policy proposals and long-term goals. Hoping that a so-called moderate will jump the fence wouldn’t be very effective even if it worked because it would involve watering down the left’s position.

When you compromise and the people added to part of your “resistance” screw you anyway, that’s just foolish.