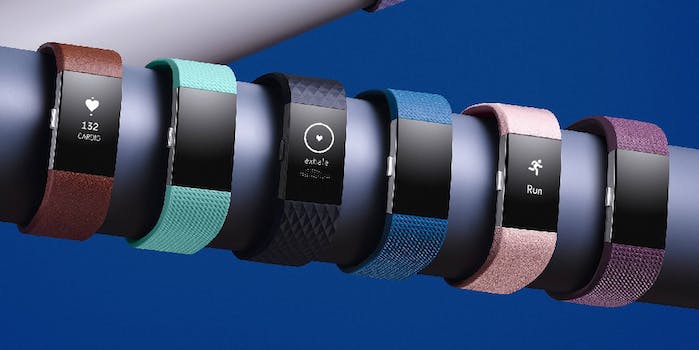 Fitbit is back with two new bands that can track every kind of workout you throw at it.

Fitbit has helped millions of people get a better grasp on their health, encouraging activity and monitoring the wearer’s body along their journey. But if there’s been one major drawback to embracing Fitbit’s devices, it’s that they need to be told what kind of exercise is being done, and when. That all changes today with the debut of the Fitbit Charge 2 and Flex 2.

When wearing the new Fitbits, the devices will be able to tell whether or not you’re walking, using an elliptical, cycling, or some other form of exercise. It’s a handy feature that helps you monitor  how long and how efficiently you’re working out and what exercises help you burn the most calories, even when you forget to tell the wearable that you’re about to work out.

After the workout has wrapped up, Charge 2 users can try out the new Guided Breathing mode, which helps you regain your breath after a particularly intense workout by monitoring your breathing rate based on your heartbeat.

Even with these new features, the Charge 2 and Flex 2 come with the same price tags as their predecessors, at $150 and $100, respectively. If you’ve put off buying a Fitbit because their competitors are offering more features it might be time to take a second look before you head to the store.