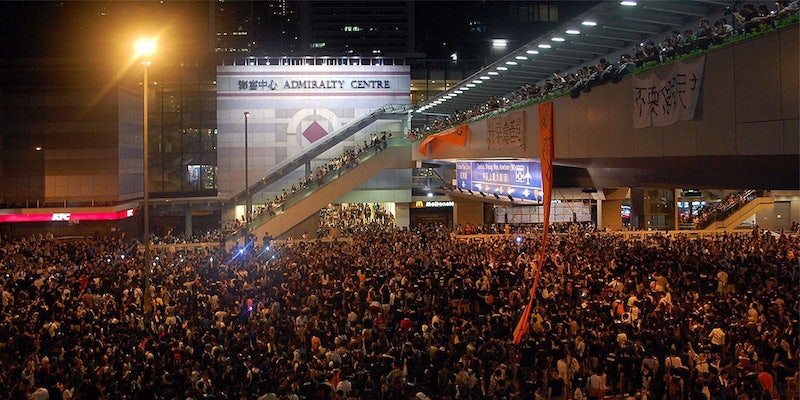 The digital is political.

As pro-democracy protests in Hong Kong intensify ahead of a national holiday on Wednesday, protesters are turning by the tens of thousands to a decentralised messaging service to communicate and organize—even as the authorities crack down on online dissent, and dangerous fake apps proliferate.

Launched to little fanfare in March 2014, FireChat is a decentralized messaging service that allows users to communicate without the need of an Internet connection. It does so using “mesh networks,” a series of nodes created by all the users within range. Produced by the Open Garden Foundation, which aims to “enable access to knowledge and the global hive mind through creating apps for sharing Internet connectivity,” at the time of its launch FireChat marketed itself for fairly prosaic uses: “when camping, at the beach, or on the subway.”

Initial reports on the app did note Firechat’s potential seditionary applications, however, and the app saw an uptick in use during protests in Iran and Taiwan in 2014, CEO Micha Menoliel told the BBC. But it took Hong Kong’s spiralling protests to propel FireChat firmly into the spotlight. 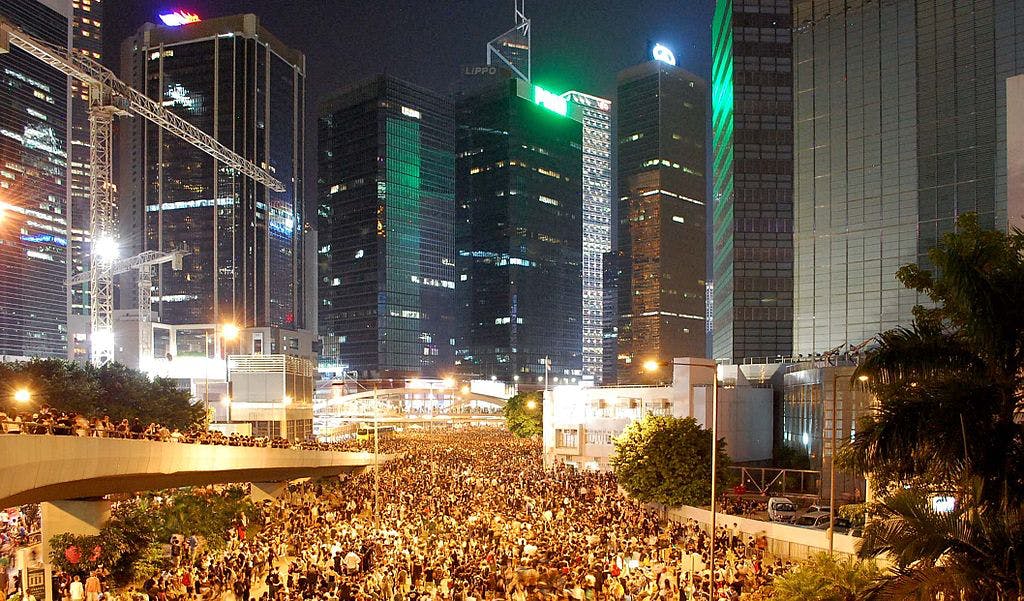 The protests were sparked by a refusal by Chinese authorities to allow Hong Kong’s 2017 elections to be fully democratic, but they’re also tapping into broader fears and uncertainties over the future of the autonomous region. Tens of thousands have taken to the streets of Hong Kong, one of the world’s key financial centers, and the authorities have responded violently at times, deploying riot police who have fired tear gas and pepper spray on the crowds. (The crowds’ use of umbrellas to deflect these noxious substances has earned the protests the name the “Umbrella Revolution.”)

FireChat has now offered an easy way for protesters to organize in public chatrooms powered by Bluetooth, and ensure that should Chinese government chooses to restrict or switch off Internet access, communication will continue unimpeded.

More than 100,000 people in Hong Kong have now downloaded the app. At its peak on Sunday, more than 33,000 people were using it simultaneously. Open Garden has since responded to the app’s explosion in use, saying they’re working to implement encryption on the platform, something “a lot of people in Hong Kong” have been reportedly asking for. 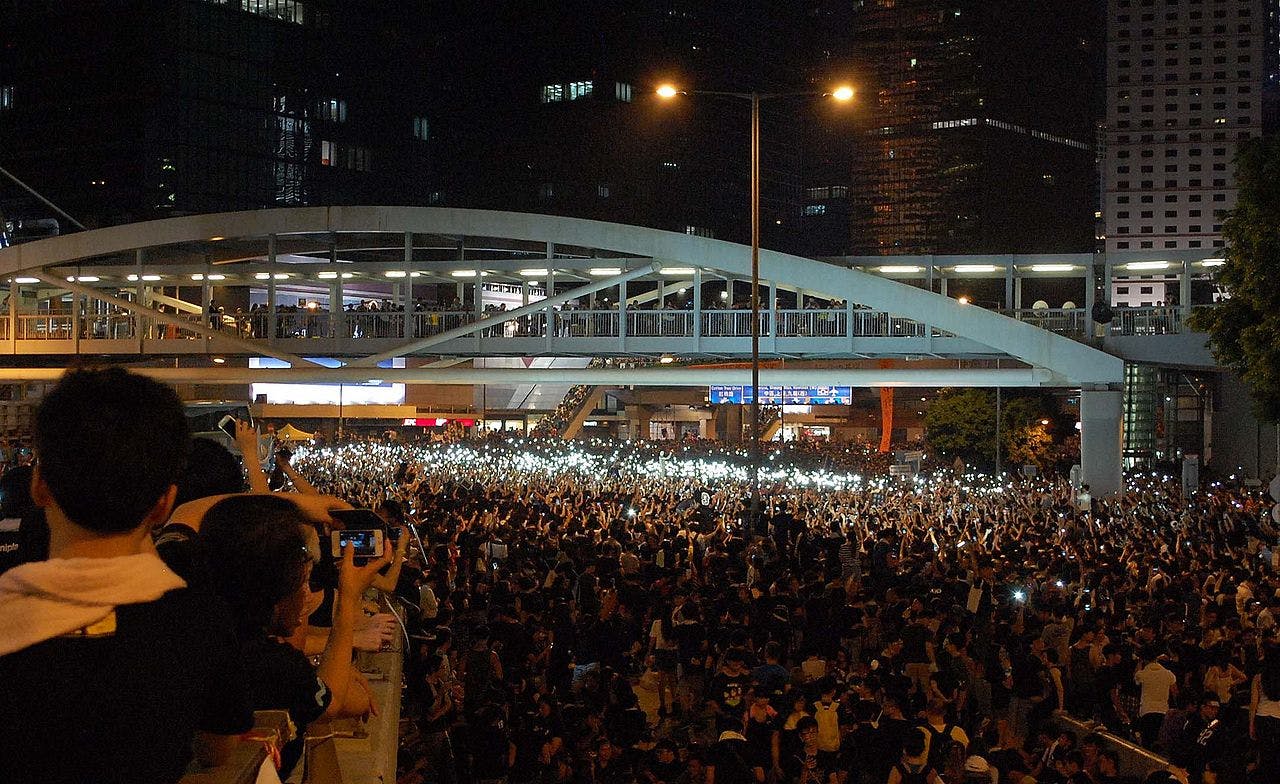 A “cellphone vigil” at the 2014 protest.
Photo via Citobun/Wikimedia Commons (CC BY-SA 4.0)

FireChat’s rapid uptake during the protests has been widely reported on, and it now looks likely to be the defining technological symbol of the unrest—just as Twitter was during the Arab Spring, or BBM (BlackBerry Messenger) was during the London riots in 2011.

But increasingly, the events in Hong Kong show that apps aren’t just a way to organize real-world protest—they’re an entirely new frontier for dissent, and authorities are responding accordingly.

First, Instagram—a hub for photos of the unrest—was blocked in mainland China (though it remained available to those in Hong Kong.) Then, a variety of terms relating to the protests, including “Occupy Central” and #OccupyHK were banned on Chinese social media site Weibo. Now, BuzzFeed reports, everything from “Hong Kong police” to “umbrella” was censored by China’s infamous “Great Firewall” filtering system.

In a bizarre sign of the Chinese authorities’ determination to stamp out any possible dissent, even PornHub—for the very first time—has fallen foul of the censors. Other sites already censored include the New York Times, Facebook and YouTube.

Meanwhile, malicious spyware is doing the rounds in Hong Kong, disguised as a coordination tool for protesters. The South China Morning Post reports that links to download “Code4HK” are being spammed to those in Hong Kong, taking advantage of the civil unrest to infect users’ phones. Upon downloading, it reportedly begins monitoring phone data including contacts, phone calls and text messages.

The source of malware is unclear, but researchers say it connects to a server in South Korea.

Code4HK—just like China’s censorship—is a clear sign that protest and civil unrest now exists as much in the digital sphere as in the physical, and that those seeking to disrupt it (whether to maintain order or just for personal gain) are going to have to take the virtual world just as seriously as they do the real one.