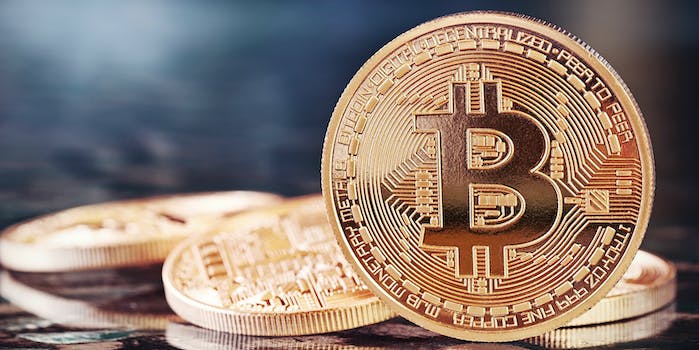 Fidelity wants to use Bitcoin to fundamentally change the internet

The CEO of one of the largest brokerage firms in America announced her love for Bitcoin earlier today at Consensus 2017, a conference dedicated to Blockchain.

“I love this stuff—Bitcoin, Ethereum, Blockchain technology—and what the future holds,” CEO Abigail Johnson said at the event, according to Reuters.

Bitcoin has seen a revitalization over the past 12 months, having increased in value by more than 400 percent to record highs. Last week it topped $2,100 for the first time ever, solidifying its place as the most valuable cryptocurrency on the market.

Johnson announced that Fidelity customers will now be able to monitor their Bitcoin balance straight from the company’s website as long as they hold an account with Coinbase, a digital asset exchange company. Customers will gain this feature sometime in the second or third quarter of this year.

This will make the asset management firm one of the largest services to integrate a digital currency into its website. Johnson said Fidelity has been testing the feature with its own employees, and are even letting them use Bitcoin in their cafeteria. However, fewer than 100 customers, who are internally called “Bitcoin Vikings,” use the payment method.

“I’m a believer,” Johnson said. “I’m one of the few standing before you today from a large financial services company that has not given up on digital currencies.”

Most financial firms are staying far away from Bitcoin. Johnson even copped to her struggles using the cryptocurrency: “Most of our experiments have hit one roadblock or another due to the emerging nature of the technology.”

She wasn’t afraid to present several of its shortcomings at the conference. The CEO said people will be disappointed if they think Bitcoin will beat Visa at point of sale today, or if they believe it can be used as a faster means of transaction. The CEO also cautioned that compromises will need to be made if Bitcoin’s biggest problems are to be fixed.

“We understand there are important trade-offs that need to get made as these systems grow,” Johnson said. “We care about the trade-off between scalability, privacy, and achieving peer-to-peer settlement. It seems right now you can’t have all three.”

Despite those issues, Johnson remains optimistic. She revealed a number of projects her company is working on to figure out how to harness the potential of the cryptocurrency. One of those projects is mining Bitcoin and its rival Ethereum, which Johnson said started for education purposes, but is now proving profitable: “We set up a small Bitcoin and Ethereum mining operation… that miraculously now is actually making a lot of money,” Johnson said, according to Quartz.

If successful, Johnson believes the company could “fundamentally change market structures and perhaps even the architecture of the internet itself.”