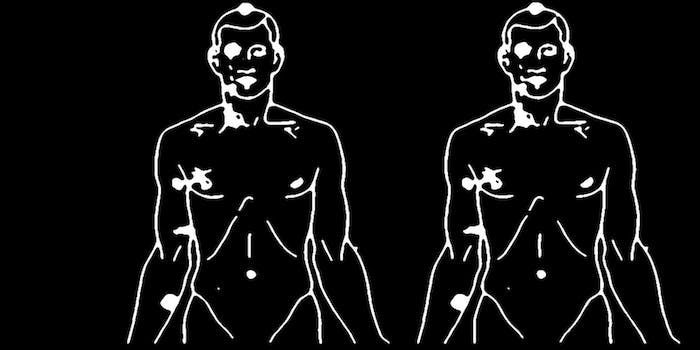 Michael Brown, an unarmed 18-year-old black man, was shot six times in Ferguson, Mo., by police officer Darren Wilson, a new preliminary autopsy shows, the New York Times reports. Two of the bullets hit Brown’s head. All of them entered from the front of his body. 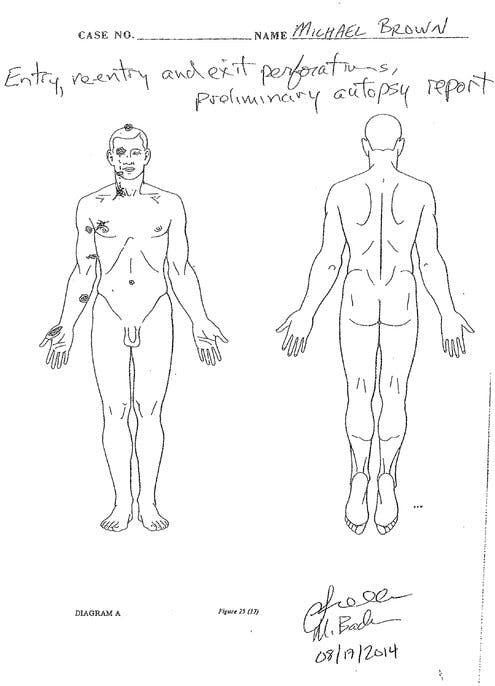 Image via the New York Times

The autopsy performed at the request of the Brown family by Dr. Michael M. Baden, the former chief medical examiner for the City of New York, examined Michael Brown’s body. However, Baden was not able to gain access to Michael Brown’s clothes from the police, despite the fact that clothes would help provide vital clues about the moments surrounding Brown’s death.

No gunpowder was found on Brown’s body, suggesting that the shots were fired from a distance. However, without access to the clothes, which may have powder on them, it’s impossible to say for certain.

The last bullet hit the top of Brown’s skull, Baden’s report determined, indicating that Brown was already down when the shot was fired.

Mike Brown was 6,4″. How’d he get shot on the top of his head? Here’s how. Witnesses said he had his hands up & was getting down when shot

Baden, who hosted the HBO show Autopsy, performed the examination for free. The results come as protests continue and clashes between police, locals, and media intensify on the second night of a midnight curfew with no end in sight.