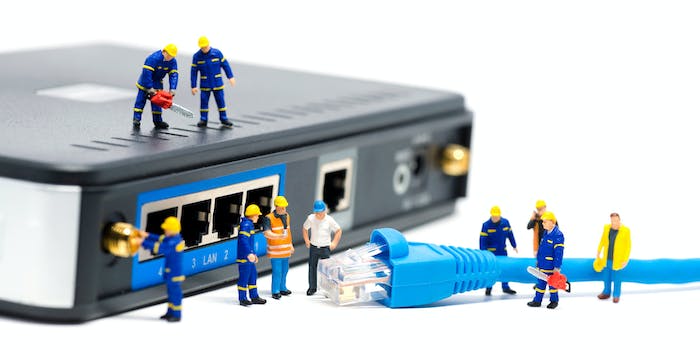 The Federal Communications Commission (FCC) is starting to “clean up” the agency’s Rural Digital Opportunity Fund (RDOF), a program that would distribute around $9 billion to companies to build out broadband across the country.

However, the agency noted that there were complaints that the RDOF funds would be used “to fund broadband to parking lots and well-served urban areas.” As a result, the FCC said it would send notices to 197 winning bidders telling them that they had “an opportunity to withdraw their funding requests from those places already with service or where significant questions of waste have been raised.”

Late last year, Free Press published a detailed report that showed how some of the RDOF bids were being used on already connected areas—like a popular tourism spot in Terranea, California; a small strip of land next to Los Angeles International Airport that was mostly concrete; and a parking lot outside of the Pentagon. Those areas, as Free Press noted, already had service.

As Free Press noted in its report, more than $700 million of the $9.2 billion in RDOF subsidies went to ISPs for deployment in non-rural areas. The RDOF auction’s “design flaws” led to areas being shown as eligible for subsidies “only because no ISP reported offering fast internet access there,” the report noted at the time, including “just empty plots of land” and “parking lots.”

Meanwhile, another report from the Competitive Carriers Association warned that the mapping used to roll out the RDOF subsidies would mean that the program would “subsidize broadband deployment in areas that obviously are served.”

The parking lot outside of the Pentagon was a proposal from Starlink, the satellite service owned by Elon Musk. Overall, the Free Press report found, 13 percent—or $111 million—of the money awarded to Starlink in the program would be going toward providing service in urban areas. Bloomberg reports that Starlink was one of the 197 bidders that received letters from the FCC. Other companies included Charter and Lumen Technologies, according to the news outlet.

“This program can do great things, but it requires thoughtful oversight,” Rosenworcel said in a statement. “That’s why we are refocusing the program on unserved areas and putting winning bidders on notice of their obligation to ensure that support goes to the areas that need it. And for those applicants who are dragging their feet or can’t meet their obligations, follow the rules or we will disqualify you and move on.”

In the wake of the FCC’s announcement that it would “clean up” the RDOF program, Free Press said it was “encouraging” that Rosenworcel wanted to “get this right.”

“We appreciate the new Commission’s close attention to the issues we originally raised at the tail end of the Pai FCC. While we have yet to fully review the series of recommendations and actions released today, it’s encouraging that Acting Chairwoman Rosenworcel wants to get this right,” Free Press Research Director S. Derek Turner said in a statement. “In a rush to take credit for this program before his departure, Ajit Pai ignored early criticism and rapidly awarded money to the likes of Elon Musk for building broadband bridges to nobody. Pai wanted to put a pretty bow on a bad process. Under Rosenworcel, the FCC seems determined to do the due diligence that Pai skipped to ensure that federal money actually connects real people—as opposed to traffic medians—to affordable services.”