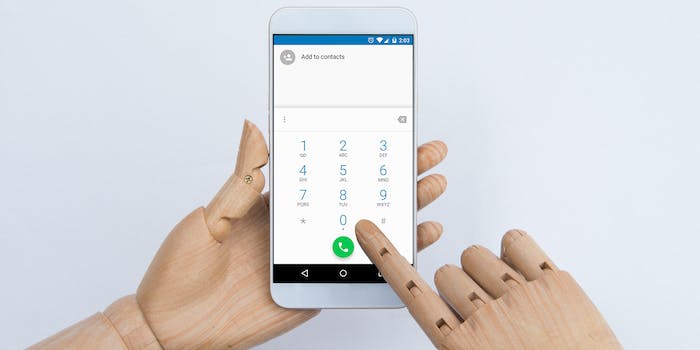 The FCC slapped with him a $120 million fine.

The Federal Communications Commission is trying its best to reign in the growing problem of robocall spam. Now, the regulatory agency has issued its biggest fine ever against Miami-based robocall spammer Adrian Abramovich.

Abramovich violated the 2009 Truth in Caller ID act. This measure prohibits calls that employ knowingly misleading or inaccurate caller identification and intend to defraud or cause harm to recipients. The FCC plans to fine him $120 million—the largest sum the commission has ever issued to date.

Abramovich is responsible for 96 million robocalls that employed the “neighbor spoofing” technique. The robocall spammer hid the true calling number with a fake one that uses the same area code and first three numbers as the recipient’s phone number. The scheme fools recipients into thinking they’re receiving a local call and then picking up.

Once they did pick up, recipients were delivered ads on vacation packages and timeshares. These calls also typically tried to deceive the listener into believing they’re from legitimate sources such as Expedia, Trip Advisor, or Hilton hotel groups. On top of annoying consumers and spoofing legitimate businesses, the calls also interrupted operations at hospitals.

When Trip Advisor caught wind of the ruse, it reported the operation to the FCC. Through an independent investigation, it also helped make the tie between the calls and robocall spammer Abramovich. Medical paging company Spok also aided the FCC investigation.

The FCC issued its official forfeiture order against Abramovich on May 10.

“Abramovich was responsible for the most extensive caller ID spoofing schemes we have ever encountered, and he caused companies and individuals extensive harm,” the FCC explains in its order. “In cases like this, where a person engages in rampant lawlessness in violation of the Act and our Rules, our forfeiture must be high enough to deter future wrongdoing, and ensure that our forfeiture is not just the cost of doing business.”

According to Scott Goldsmith, a partner at law firm Dorsey & Whitney who specializes in dealing with violations of the Telephone Consumer Protection Act, law-abiding businesses “spend significant resources responding to complaints by individuals who receive deceptive calls from ‘spoofers’ pretending to call on their behalf.” The FCC is justified in its unusually high fine because of the tremendous cost and inconvenience this robocall spammer caused both consumers and businesses.

While Abramovich may disagree with the amount (he tried to convince the FCC that it was unconstitutional and that he never meant to cause harm with his actions), those of us fielding these robocalls on a regular basis may agree with the FCC’s decision.