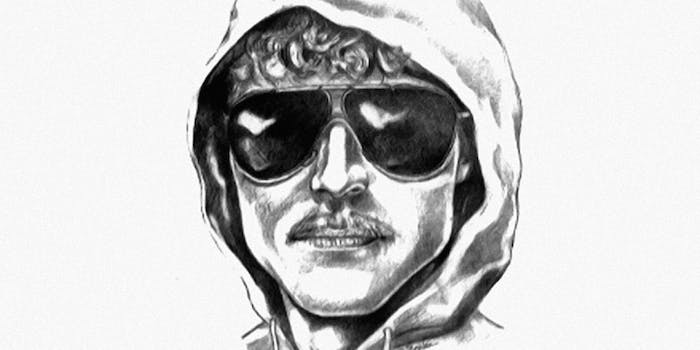 Why far-right communities love the Unabomber

Conservatives hate terrorists. Except when they are white intellectuals.

The enemy of your enemy is your friend, even when your friend is the Unabomber.

There have been a lot of wild things on red pill, men’s rights, and anti-SJW message boards over the years—the online collective that helps make up the far-right—but that loose-knit community ehich stews in misogyny, racism, and fascism continues to outdo itself.

Recently, they have sunk to a unique low: praise for Ted Kaczynski a.k.a. the Unabomber. It might seem odd, as right-wingers claim to abhor terrorism and favor the security state, but upon closer inspection, Kaczynski and the alt-right have a lot in common.

Between the years of 1978 and 1995, Ted Kaczynski killed three people and injured 23 others in a nationwide bombing campaign conducted from a Montana cabin where he lived as a recluse. In addition to blowing up mailboxes and generating a nationwide FBI manhunt that became the most costly in history, Kaczynski is also known for his manifesto.

The Unabomber Manifesto, a 35,000-word screed railing against technology, liberalism, and the left, was sent to the New York Times and the Washington Post in late 1995. At the request of the FBI., the papers of record published the work because Kaczynski threatened to kill again if he didn’t see his words in print.

While the manifesto is alternately disjointed and unremarkable, due in large part to Kaczynski’s mental illness and years of self-imposed solitude, there are elements of his writing that mimic respectable intellectual discourse around politics and culture. Kaczynski was a Harvard graduate who went on to be a professor of mathematics at UC Berkeley: even if he is a schizophrenic, he is a smart guy. The manifesto hits on a number of ideas that could be considered intelligent, if not compelling.

Though he is serving a life sentence for his crimes, the Unabomber’s warnings against what he considered to be the dual evils of technology and liberalism have gained sympathy in some mainstream circles. For example, a recent Chicago Tribune column was titled, “The iPhone X proves the Unabomber was right.” The Tribune piece simply agrees with Kaczynski’s claim that, “The Industrial Revolution and its consequences have been a disaster for the human race.”

This acceptance of the most basic parts of the manifesto has allowed some of his more insidious ideas to gain traction. The Unabomber Manifesto is just the kind of thing that right-wingers love. Like the books of Jordan Peterson or the writing of Ben Shapiro,the Unabomber Manifesto takes arguments with a degree of respectability and uses the, in an attempt to justify misogyny, racism, and violence to its audience.

Well-known MRA and pick-up artist Roosh Valizadeh wrote an article at Return of Kings in 2015 in which he claimed, “the ‘Unabomber’ clearly understood what society was up against, a full decade before the development of the manosphere.” Specifically, Roosh identifies with Kaczynski’s contention that technology is what makes progressivism possible. Hand in hand, Roosh and Kaczynski believe, the forces of technology and liberalism are bringing an end to individual liberty.

Roosh cites the Unabomber’s point in his manifesto that, “The continued development of technology will worsen the situation. It will certainly subject human beings to greater indignities and inflict greater damage on the natural world, it will probably lead to greater social disruption and psychological suffering, and it may lead to increased physical suffering even in ‘advanced’ countries.”

One particular section of the Unabomber’s manifesto that appeals most to Red Pillers is called, “The Danger of Leftism.” In this section, Kaczynski engages in many of the same rhetorical tricks that the right love to use today when attempting to inflate their ideas with legitimacy.

Kaczynski engages in a slippery slope argument that anyone with a Twitter account has heard before, claiming, “It is safe to say that within a couple of years the majority of leftists would find something new to complain about, some new social ‘evil’ to correct because, once again, the leftist is motivated less by distress at society’s ills than by the need to satisfy his drive for power by imposing his solutions on society.”

Kaczynski and the Red Pill crowd have more in common than just a distaste for technology and progressives. In the manifesto, Kaczynski said some terrible things about minorities and women that are in line with MRAs and their allies, the alt-right. Here are some of the quotes Roosh cites in the same piece:

“[Minority rights activists] are hypersensitive about the words used to designate minorities and about anything that is said concerning minorities.”

“[Leftists] SAY they hate the West because it is warlike, imperialistic, sexist, ethnocentric and so forth, but where these same faults appear in socialist countries or in primitive cultures, the leftist finds excuses for them, or at best he GRUDGINGLY admits that they exist; whereas he ENTHUSIASTICALLY points out (and often greatly exaggerates) these faults where they appear in Western civilization.”

Any of the arguments would feel right at home today on Reddit’s r/The_Donald.

The pattern pursued by Roosh here, first praising Kaczynski on broad ideological terms and then pulling out the most racially and sexually inflammatory language to pursue his agenda, is mirrored with others in this ideological arena.

In March, the RedPillProject Blog shared a post titled “Did Anyone Else Read Ted Kaczynski Manifesto?” The author is taken with Kaczynski’s critique of social justice, including, “If our society had no social problems at all, the leftists would have to INVENT problems in order to provide themselves with an excuse for making a fuss.”

In 2017, an anti-SJW blogger named “Stever” whose most recent post is “Why I think Black Lives Matter is a stupid movement,” wrote a piece in praise of the Unabomber. He writes, “The Unabomber just described SJW’s perfectly.” One of his favorite passages from the Unabomber reads:

“Those who are most sensitive about ‘politically incorrect’ terminology are not the average black ghetto- dweller, Asian immigrant, abused woman or disabled person, but a minority of activists, many of whom do not even belong to any ‘oppressed’ group but come from privileged strata of society.”

It isn’t hard to see why the anti-SJW crowd likes Kaczynski. He reminds us very much of Jordan Peterson and other would-be intellectuals of the right. He begins with a generally accepted notion, that technology has its drawbacks, and uses that to Trojan Horse ideas about race, sex, and the left that appeal to these people already.

At the same time, Kaczynski has something of the appeal that we see in Richard Spencer. While Spencer draws fans on the far-right through the implication of violence, Kaczynski actually perpetrated violent acts, and therefore holds a similar appeal that neo-Nazis, militiamen, mass shooters, and other domestic terrorists hold on the fringes the right. He has followed through on what are, in many of these communities, fantasies. As we discovered in Charlottesville, it’s not that the far-right his opposed to terrorism: terror on their own terms is just fine.

Ultimately, Kaczynski provides what all of the would-be literary luminaries of the far-right offer their fans: an excuse. Deep down, the alt- and far-right and their allies know that their racist, misogynistic, and fascist views aren’t welcome in public discourse. This is why they are always on the lookout for someone who can obscure their views just enough to allow them entry into polite society.

As it turns out, it doesn’t matter if that person is a serial bomber. Just so long as their words help them feel justified in what they already believe.