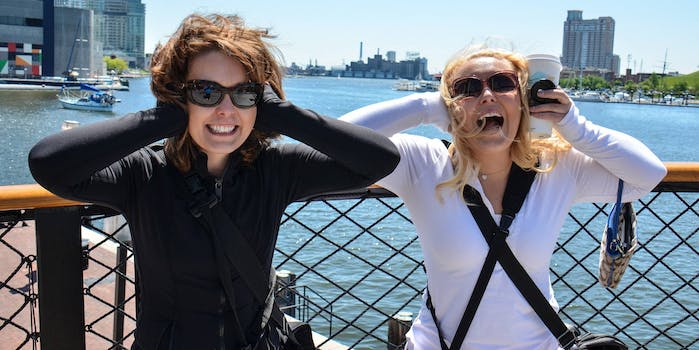 Facebook is testing autoplaying videos with full sound, and here’s how to turn it off

Much like film moved on from the silent era, it appears Facebook will too. The difference here is that no one wants it and it’s going to be bad. The social media company is testing videos that automatically play with the sound on.

The test of the feature, spotted by Mashable, will initially be limited to a small portion of Facebook users in Australia who visit the social network on their mobile devices.

For those unfortunate enough to have to endure the painful experience, the ads will present themselves in one of two forms. One test plays the audio immediately when the video starts as long as sound is turned up on the device. A second group of test users can choose to turn the sound on using an icon placed to the lower right of the video.

Both groups will be shown a pop-up message informing how to use the controls and notifying them sound will only play if the volume on their device is turned up. Audio can be disabled from the Facebook settings menu by switching sound to “always off.”

When asked by the Daily Dot, Facebook confirmed the experiment.

“We’re running a small test in News Feed where people can choose whether they want to watch videos with sound on from the start. For people in this test who do not want sound to play, they can switch it off in Settings or directly on the video itself. This is one of several tests we’re running as we work to improve the video experience for people on Facebook,” a spokesperson for Facebook told the Daily Dot.

According to Facebook, about 50 percent of time spent with video on Facebook is with the sound on. But even Facebook’s own research suggests this is a bad idea.

In a study published by the social network earlier this year, it found 80 percent of people react negatively when mobile video ads play loudly when people aren’t expecting it.

In the same research, Facebook suggested that advertisers should make sure “their stories don’t require sound to communicate their message” and noted “in mobile-feed environments, people prefer having the choice to opt in to sound.”

Of course, Facebook wouldn’t be the only platform to automatically play videos with sound. Many publications already do so on their own sites, and it appears Facebook will follow suit—although with some controls available to counteract it.

In case this feature is launched globally after its test run in Australia, a friendly reminder that you can turn off autoplaying videos on Facebook by opening your settings, going to the Videos menu, and setting the Auto-playing Videos options to “off.”