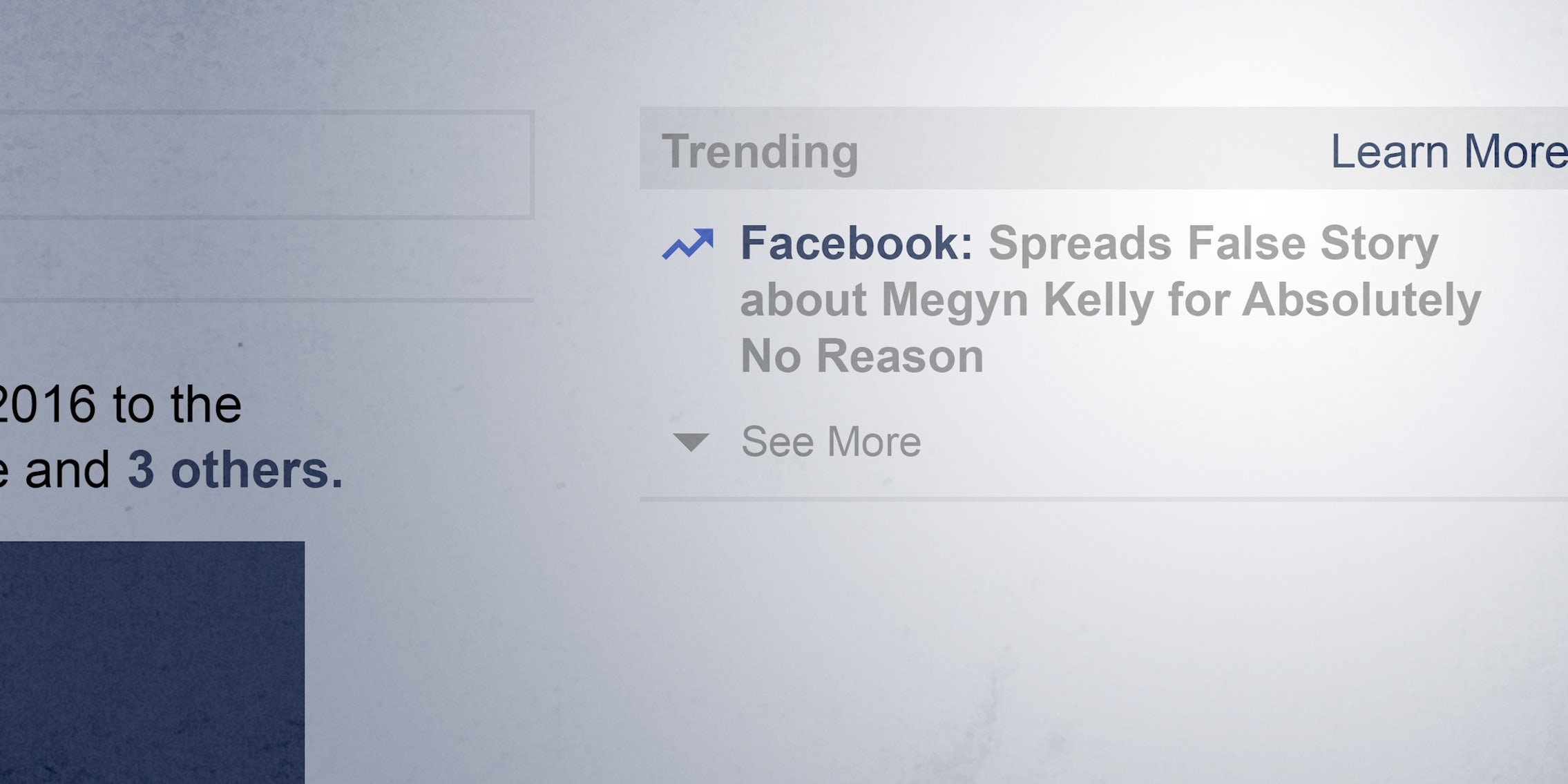 The problem surfaced less than a week after Facebook tweaked its Trending Topics functionality.

Facebook removed a short article promoted through the social network’s coveted Trending Topics list on Monday that claimed that Fox News host Megyn Kelly is “on the way out” at the conservative cable news giant because she “seems to be a closet liberal who actually wants Hillary to win.”

Problem is, that’s not true.

The article that got the Facebook Trending Topics bump, posted by a publication called End the Fed News, was actually a reblog of a reblog published by a website called Conservative 101 and written by someone named Justin.

“BREAKING: Fox News Exposes Traitor Megyn Kelly, Kicks Her Out For Backing Hillary,” the article’s headline reads. There is no factual information in the article to back up this claim.

Megyn Kelly has not been kicked out of Fox News. However, a recent Vanity Fair profile suggests that either Kelly or fellow host Bill O’Reilly may leave the network after their contracts end next year.

The promotion of the bogus Megyn Kelly story follows changes to the Trending Topics feature, announced on Aug. 26, which removed the description of the topics that were previously written by humans. Instead, Trending Topics items will now show the number of people “talking about” a particular topic.

When you hover over a Trending Topic, you’ll still see a featured article on the topic, chosen by Facebook’s algorithm, with a description pulled directly from the article. The complications arise when the publications writing on that topic are spreading rumors rather than fact.

Facebook refused to comment on the record about how the revamped Trending Topics functionality may have affected the inclusion of the bogus Megyn Kelly topic.

The problem with Facebook’s human-created descriptions surfaced earlier this month with the passing of author Victor Thorn, a noted conspiracy theorist and Holocaust denier whom the social network described as a “Clinton researcher” due to his series of books about Democratic nominee Hillary Clinton.