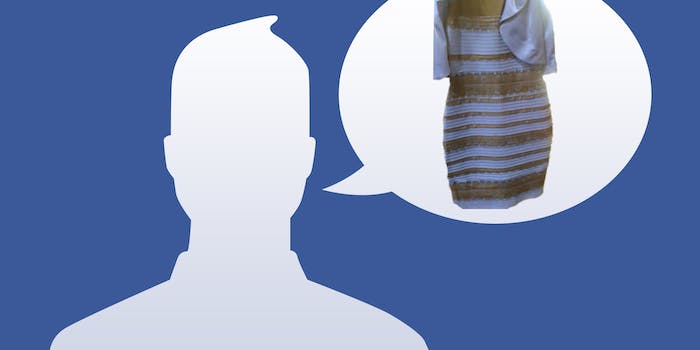 Facebook knows how you voted on the dress. It knows.

The debate over what color The Dress is has absolutely engulfed the Internet in the past 24 hours, and it should come as no surprise that Facebook has served as a major platform for the debate. Facebook noticed this, and subsequently decided to crunch the numbers.

Using an untold number of posts regarding the dress color debate, the company put together an impressive rundown on who believes the dress is a certain color, and why. The data is broken down into graphs based on gender, age, time of day, and even what kind of device is being used to declare a side. 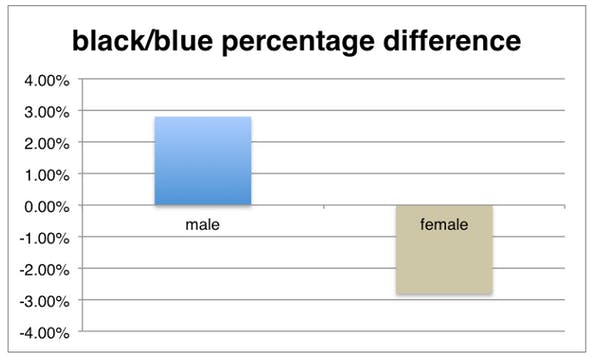 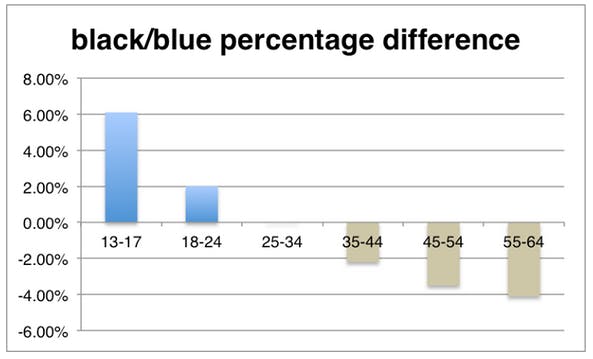 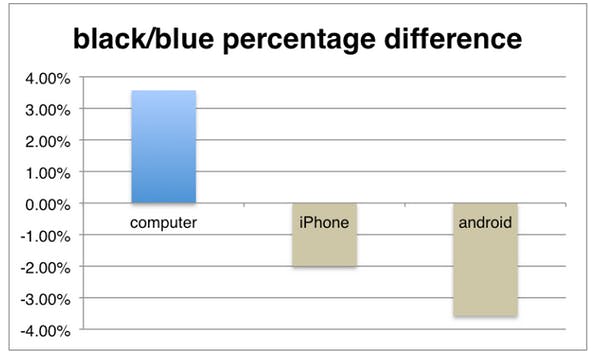 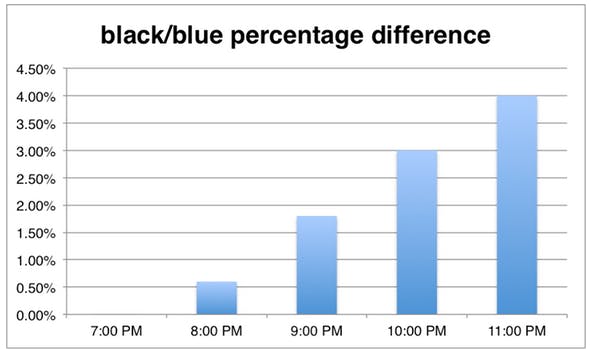 Facebook wants us to know it isn’t picking sides, though. The team declares the entire thing amounted to “a fascinating natural experiment” regarding perception. Fascinating and deeply frustrating.