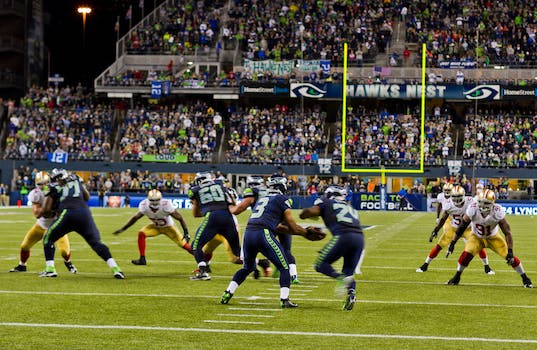 Facebook wants to be your home for Super Bowl chatter

Now you can trash talk in real-time.

Facebook wants to make it easy for fans to talk about Super Bowl XLIX with fellow sports enthusiasts in real time. The company has created a new page on its site dedicated to the American football championship gae on Feb. 1.

Apparently there are a lot of football fans on Facebook: last year, more than 50 million people talked about the Super Bowl on the social network. To give those fans a unique outlet in which to trash talk, cheer, and complain about missed touchdowns, Facebook created a “Super Bowl experience,” a standalone timeline that pulls in posts, photos, and score updates about the Super Bowl from across the site.

The page will feature updates from your friends and people in your network; a live feed with stories, photos, and videos from news outlets and people at the game; and posts from public figures like players and coaches. A live scoreboard sits at the top of the feed, where Facebook will also display time on the clock and play-by-play updates.

If you want to be a part of the experience, simply publish your own post with the update “Watching Super Bowl XLIX.” 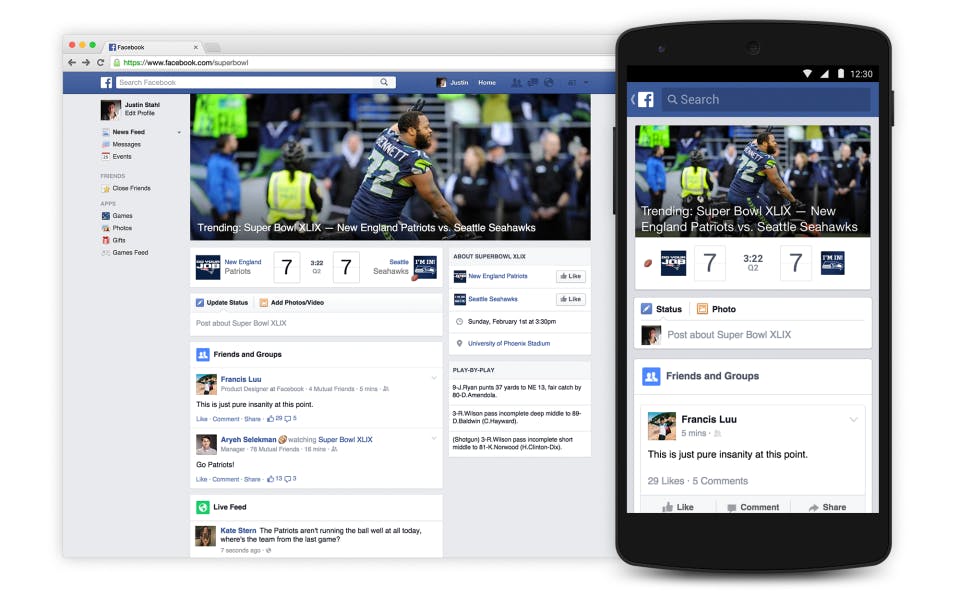 While Facebook hopes this will “bring people, athletes and journalists together in one ongoing conversation,” we’re predicting the chatter there will be more like the comments section on ESPN, especially considering there’s so much to talk about.

The Super Bowl conversation on Twitter provides a pretty accurate picture of what Facebook’s Super Bowl experience is going to look like.

#BOSTON got so much #snow as punishment for the #Patriots cheating there way into the #SuperBowl..

I hope the Seahawks destroy the Patriots. Nobody likes cheaters.

You can find the new page at facebook.com/superbowl, by clicking on Super Bowl-related hashtags, or by searching for it on Facebook.

Photo by Philip Robertson/Flickr (CC BY 2.0)