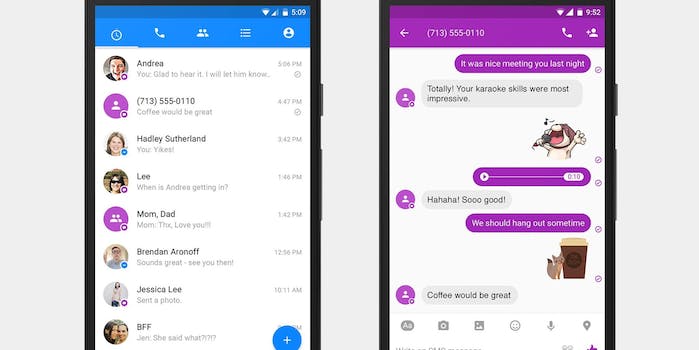 Facebook wants everyone to make Messenger their chat app of choice, and to further ingrain people into its messaging ecosystem, the company launched SMS on Messenger.

It’s an opt-in feature and only works on Android. Those who activate the app as their default texting client can start sending and receiving text messages directly in Messenger. In the app, Facebook messages will be blue, and SMS conversations will be purple. Facebook announced the new feature on Tuesday.

This means you can have one inbox for both Facebook and text messages, removing the need to bop between apps to talk with Facebook friends and people who prefer to text.

It’s Facebook’s second attempt at getting Android users to use Messenger as their SMS inbox. The company rolled out support for SMS back in 2012, but pulled it, presumably because of the lack of interest.

Messenger has become a core part of Facebook in the last four years, turning into much more than just a chat client; so it makes sense the company would try again with a more robust and standalone app to collect and send people’s messages from different places. And it’s pushing adoption hard—the company recently removed the ability for people to message friends via Facebook’s mobile site.

While SMS in Messenger will support texting, photos, videos, audio, and content like emoji and stickers, you’ll still have to use Messenger to send things like payments and GIFs. 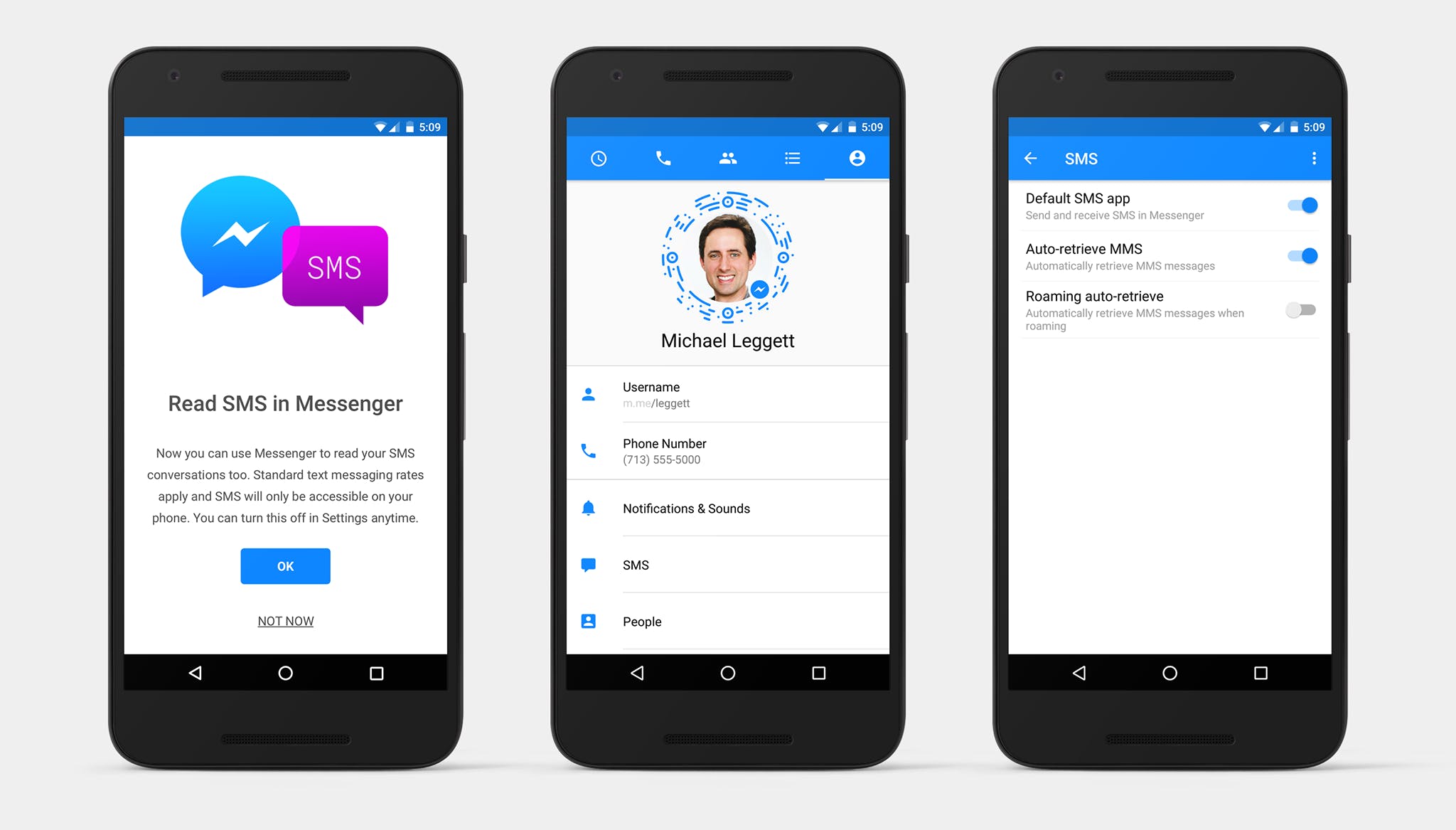 Facebook already controls many of the private messages we send. Over 900 million people use Messenger each month, and Facebook, with both Messenger and WhatsApp (with its 1 billion user base), is responsible for 60 billion messages per day—more than three times the amount of traditional text messages.

According to the company, your SMS content won’t touch Facebook’s servers, unlike Messenger chats that are uploaded and stored in Facebook servers (and analyzed to help the company understand linguistic data). Text messages will still be delivered via cell networks, while Messenger will continue to use your data.

To get SMS on Messenger, head over to the Settings on Messenger for Android. Select “SMS” and then toggle on “Default SMS app.”