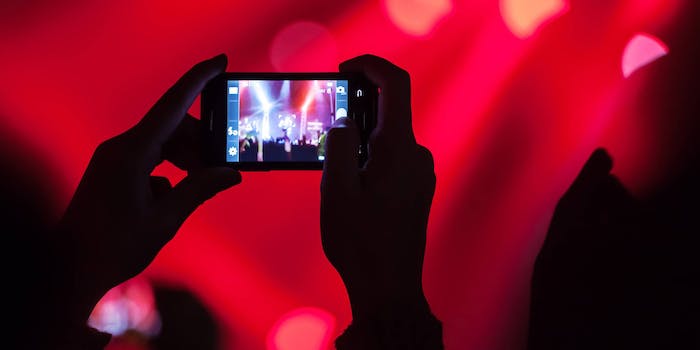 If your feed is skipping between Live videos, you're not alone.

If you’ve scrolled through your Facebook news feed only to watch the feed skip to play a Live video further down on the page, you’re not just imagining things. Some Facebook users are reporting an issue with the social network automatically jumping to Live videos without user input when they’re browsing the site on the web.

The issue was tipped to us by podcast host Greg Davies, who noticed the feed automatically skipping a few days ago—the same time Facebook began rolling out support for full-screen Live video broadcasts. Other Facebook friends of his reported a similar issue.

Facebook confirmed a bug is causing the the feed to scroll automatically, though the company did not mention Facebook Live being an issue in particular.

“This is a bug where News Feed automatically scrolls to content lower down in feed. We’re working to resolve it quickly,” a Facebook spokesperson said in an email to the Daily Dot.

The Daily Dot was able to replicate the feed-jumping. When Facebook hopped between Live feeds, we missed all the content displayed in between them. Not everyone experienced the annoying auto-scroll though, so it doesn’t appear to be affecting all users.

Facebook continues to push its Facebook Live feature it launched late last year to compete with YouTube and Twitter, including auto-playing videos in your news feed and notifying users when friends or Pages they like start broadcasting. Additionally, Facebook is reportedly paying online celebrities to host Live broadcasts in an effort to “encourage experimentation” on Live.

While it might seem like feed skipping is yet another way Facebook is trying to get you to watch more video, according to the company, it’s a bug that will soon be fixed.