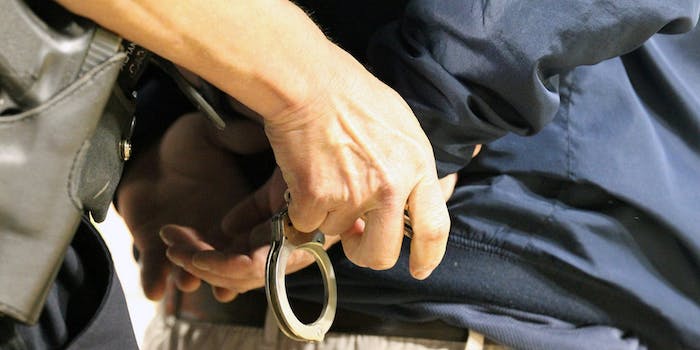 This app shows you Facebook friends who could be sex offenders—but it is casting too wide a net?

Don’t freak out if your Facebook friends pop up as potential sex offenders: Friend Verifier casts a wide net.

A perfectly manicured hand, engagement ring gleaming. Sunset in Puerto Vallarta. Wide smiles and graduation gowns. On Facebook, people tend to post their lives’ highlights. What happens offline can be messy, but Facebook brings order, allows for polish. Don’t like a bad picture? De-tag it. Your friend call you a dirtbag on your Timeline? Hide it.

But there are some things people can’t erase, even as they try to perfect their social media profiles. For people in the U.S. sex offender registry, even the most benign cover art can’t prevent others from finding out. On Facebook, an app called Friend Verifier pulls up potential sex offenders from a user’s Facebook friend list, and it shows you which of your friends has a name that has been flagged in the national registry.

Friend Verifier has been around since 2012. Since then, the app has processed over 3 million scans, according to CEO and founder J.J. Penora. The app is free, and it scans the information of Facebook friends against the database, using color-coding to determine matches. Yellow means the name is the same. Orange means name and location match. Red is the most damning: a name, location, and date-of-birth match.

When I used Friend Verifier to scan my own friend list, I didn’t see any red. But the yellow and orange list of names was surprisingly long. I was expecting maybe one or two. Or none: I know all of my Facebook friends, after all. I’ve never suspected anyone I know of being a sex offender. I figured I would’ve heard if someone in my circle, even an acquaintance, had been convicted of a sex crime. That’s the kind of things people gossip about on Facebook, after all.

But there they were: My ex-boyfriend. My college rowing coach. My 19-year-old brother’s best friend. A girl I used to babysit. My uncle. My roommate. My partner, who I have shared a life with for five years. Even my roommate’s dad. And my roommate’s brother. (My roommate has a common last name.)

Friend Verifier gives you an initial list of everyone with a name match, which makes a whole lot of non-sex offender people looked pretty suspicious. My roommate was not happy when I broke the news that three-fourths of her family came up in the initial drag. But Friend Verifier doesn’t stop there. If you click on each name, it shows you a photograph and details about the people who are on the sex offender list. It took me a while to go through all of my friends, as 54 names were on the list.

This is just the “J” names who popped up. All innocent (at least, of being convicted sex offenders):

It was a disconcerting feeling to see so many people near and dear to me appear on the list, but it speaks more to how many people have common names than anything else. A simple click for further investigation will remove any incorrect suspicions.

Though it’s a simple case of same name, isn’t highly possible that unknowing users (who haven’t opted-in to being scanned by Friend Verifier) balk at the idea of even tangientally being connected to a sex offense? Penora says no.

“We really haven’t had many complaints, 99.9 percent of the open dialogue with our uses have been positive and encouraging,” he said. “Every once and a while we’ll have people tell us, mostly men, ‘well sex offenders won’t use their real name.’ However I can show you quite a few stories of sex offenders being arrested for having a Facebook account in their real name.”

The company has plans to continue building up its search tools, but Penora says he has no plans to charge for the basic registry. “Sex offender searches will always be free not matter the platform.  Nearly 75 percent of our users are women.  I just don’t feel comfortable charging women or children to find out if someone is a rapist or child molester,” he told the Daily Dot.

Still, it was jarring to see the matches. Why not simply only show the red names, the ones who share all the requisite data with those on the registry? It’s not the first time an app that was supposed to root out ne’er-do-wells had some questionable and confusing results.

It’s a good tool, surely, but know you could end up with more questions than answers after using it.