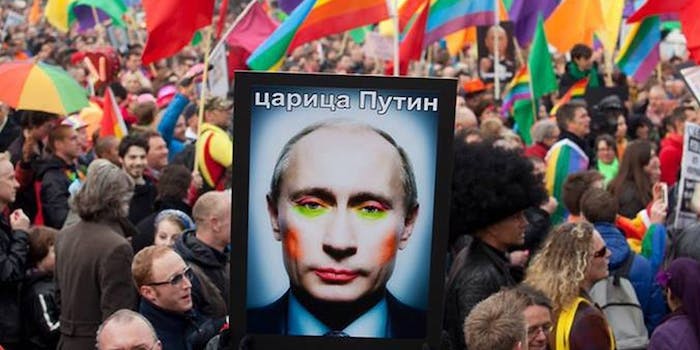 Got a new or used sex toy? Send it to Moscow.

Putin’s crusade against LGBT youth has escalated in the past few months, and there’s been a variety of reactions to the country’s government-sponsored homophobia. The Facebook page, which originated in San Francisco, now has more than 1,100 members, and their protest even landed them some international press.