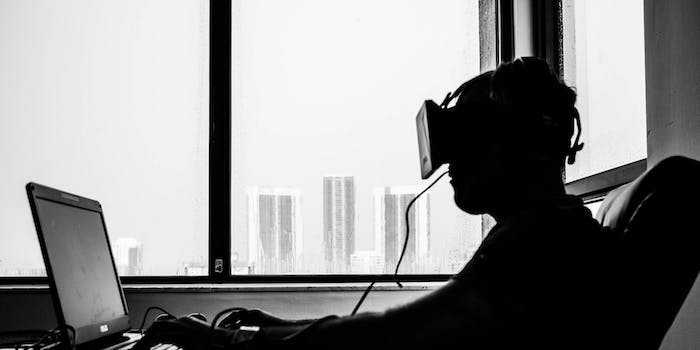 Here are 9 Mark Zuckerberg quotes about our future Facebook

Facebook’s acquisition of the young virtual reality hardware platform Oculus proved puzzling at the time. But in the months since the deal closed, we’ve heard Mark Zuckerberg articulate his vision for how the precocious VR platform fits into a Facebook-owned future. And he fully intends to deliver. Spoiler alert: If Zuck gets his way, 10 years from now we’ll all be living in a virtual world of Facebook’s design. These revealing sound bites hint at how Oculus is going to be used, including a few from yesterday’s earnings call:

1) “We’re making a long term bet on the future of computing,” Zuckerberg said, arguing that major computing platforms arrive in 10 to 15 year cycles. “We think that virtual and augmented reality are important parts of this upcoming platform.” (October 2014)

2) “The strategy for Oculus is to help accelerate their growth. [Oculus] needs to reach a very large scale, 50 to 100 million units, before it’ll be a very meaningful thing as a computing platform.” The implication here is that Facebook believes this to be fully within the realm of possibility. (October 2014)

3) “[It’s] not that we’re going to monetize [Oculus, Instagram, WhatsApp] aggressively in the next year or two,” Zuckerberg said. Facebook intends for its standalone products to reach a threshold of around one billion people before Facebook will begin “very aggressively turning them into businesses.” (October 2014)

4) There will be ads. “We’re clearly not a hardware company. We’re not gonna try to make a profit off of the devices long term. We view this as a software and services thing, where if we can make it so that this becomes a network where people can be communicating and buying things and virtual goods—and there might be advertising in the world, but we need to figure that out down the line.” (March 2014)

5) “Mobile is the platform of today, and now we’re also getting ready for the platforms of tomorrow. Oculus has the chance to create the most social platform ever, and change the way we work, play, and communicate.” Imagine a Facebook even more immersive than it already is. (March 2013)

6) “There are not that many things that are candidates to be the next computing platform. Now we have this strong position on mobile… we think [virtual reality] is going to be the next really big platform.” Zuck doesn’t want Facebook to run on the next generation of computing, he intends for them to be one and the same. (March 2014)

7) “People will build a model of a place far away and you can actually go see it. It’s just like teleporting.” Why leave the house at all? No, really. (March 2013)

8) Zuckerberg still regrets Facebook’s sluggish move to mobile and doesn’t intend to make the same mistake twice. “We’ve mostly been a company that has played on top of the different mobile foundations that other companies have built,” he said during the July 2014 Facebook earnings call. “One of the things I care really deeply about, on kind of a 10-year arc for the company, is having a different relationship to whatever the next set of computing platforms are and investing accordingly now.” (July 2014)

9) “I think virtual reality, augmented reality, vision, some of the AI work that we’re doing is all going to play into [the next generation of computing] in an important way.” Zuckerberg consistently states his desire for Facebook to define the next era of technology, “a ubiquitous computing platform” even more deeply interwoven into our lives than Facebook is in 2014. (July 2014)

Nearly all of these comments were culled from my notes from Facebook investor calls over the last few months. If you’d like to peer even further into our strange social future, the Facebook CEO shared more of his thoughts in a Facebook post when the Oculus deal was announced.

Photo via sergesegal/Flickr (CC BY-2.0)