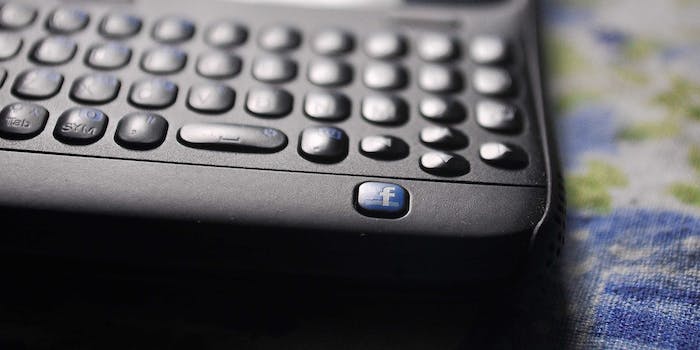 Sometimes the easiest solutions are also the best.

Facebook’s decision to make Messenger its exclusive messaging platform, and thereby kill off the messaging feature of the default Facebook app, hasn’t exactly been welcomed with open arms. Since the switch took place, Messenger has been buried under negative app reviews and controversy, and the storm doesn’t seem to be subsiding. Thankfully, you don’t have to use it if you don’t want to.

If you don’t feel like using the sneaky workaround trick that will probably be patched up any day now, you can rely on a solution that will hopefully be a bit more permanent: using Facebook’s mobile site instead. By accessing Facebook from a mobile Web browser like Chrome, Safari, Opera, or dozens of others, you gain full access to the Facebook Web app, which still includes messaging. The mobile site presents the social network much like the app used to, and you can check your newsfeed, view events, add friends, and of course, message anyone on your friends list. There’s even full support for all the fancy stickers that are so addictive to spam your buddies with.

Of course, since the site is being used through a mobile browser, it’s not exactly as smooth as the standalone app is. Switching back and forth between messages, the newsfeed, and other aspects of the Facebook will cause you to experience a brief pause while the pages load and update. You also won’t get notifications when a new message is received via Web browser, but the overall experience is still much more similar to the default Facebook app than Messenger.

If you don’t want to use Messenger because you despise the design—or maybe you just refuse to download the app on principle alone—this is one way to keep your messaging habit in full swing without conforming to Facebook’s demands.