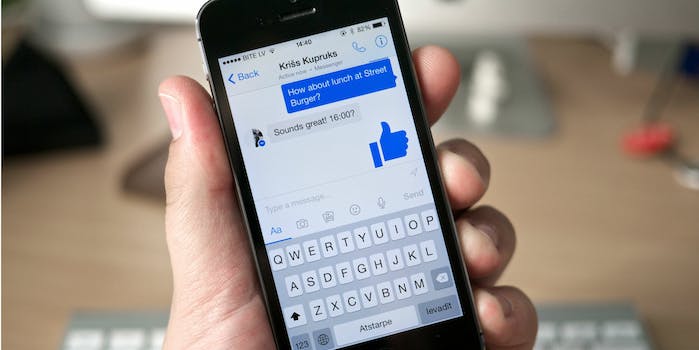 Facebook Messenger will now autoplay ads in the app (updated)

No one asked for this.

“Man, this messaging app is great, but I sure do wish it had autoplaying ads to completely interrupt my experience,” said no one ever. And yet, here we are: Facebook Messenger reportedly began introducing autoplay video ads this week.

Ads aren’t actually new to the Messenger experience. Facebook first began introducing ads into the app early last year. TechCrunch’s stance was that they “are bad and must be destroyed” because of their large size, intrusive nature, and the disruption they cause to the general Messenger experience.

Unluckily, we must have done a good job of ignoring these ads. According to Recode, Facebook Messenger is upping its ad game with the addition of autoplaying video ads.

The idea of autoplaying video ads in the middle of a private conversation sounds incredibly jarring. Luckily, Facebook clarified on Tuesday that these ads will not autoplay directly in conversations but rather in the home tab of the app.

Plus, if the roll out goes poorly, there’s a chance Messenger could roll back this new video advertising policy.

“Top priority for us is user experience,” Stefanos Loukakos, head of Messenger’s ad business, told Recode. “So we don’t know yet [if these will work]. However, signs until now, when we tested basic ads, didn’t show any changes with how people used the platform or how many messages they send.”

In other words, if users begin using Messenger less or sending fewer messages because of autoplaying ads, it’s feasible that Facebook could decide that this form of ad doesn’t work in the app and try something else.

If you don’t like the idea of autoplaying ads in your chat app, there are plenty of other apps to choose from, such as Apple’s Messages, WhatsApp (which is also owned by Facebook), and various secure messaging options.

Update 7:34pm CT, June 19: This article has been updated to clarify that Facebook Messenger autoplaying ads will be placed in the home tab of the app.