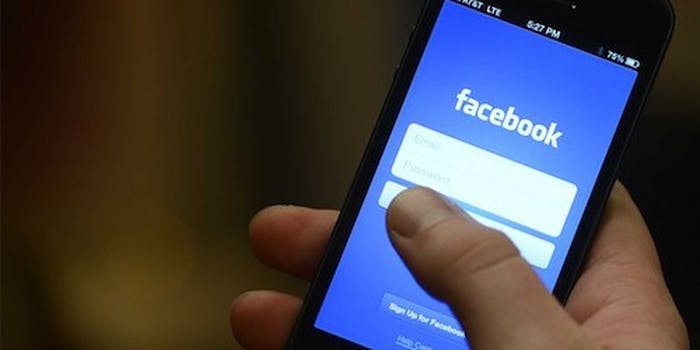 How to stop Facebook from killing your iPhone’s battery

Back at 10 percent? This could be the problem.

If you often see the dreaded “10 percent battery remaining” alert pop up on your iPhone, your Facebook app could be a culprit. The quick-fix is as easy as turning off your location services.

Go to Settings > Privacy > Location Services, then switch off next to your Facebook app. Then, under Settings > General > Background App Refresh, toggle the off switch next to the Facebook app here.

You can also see from these pages that you can turn off location services for other apps, like Instagram and Snapchat, which could help save battery, but Facebook is the biggest battery sucker here. (Although, if you’re constantly Instagramming and geo-tagging those photos, this is hurting your phone significantly too.)

According to a former Apple Store Genius who ran an app called Xcode to see how much memory apps are using, Facebook stuck out as the primary battery killer. He found that turning off location services helped, and even made his battery increase from 12 to 17 percent.

Turning off your location services for the Facebook mobile app is your best bet for conserving battery. Many have said that closing out apps to keep them from running will save battery life, but according to LifeHacker, closing them out will drain battery because re-opening them forces your phone to reload the app to its memory.

What happens when you disable location services? Your phone won’t be able to pinpoint your location when you’re checking in somewhere, and it won’t automatically include your location in posts. So really it will just make it harder for people to stalk you. You can also turn them back on at any time if you are on a cool vacation and want to make your friends jealous.