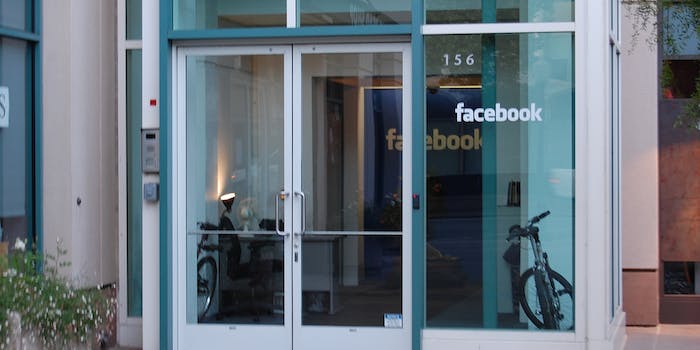 The American Legislative Exchange Council (ALEC) is not having a good week.

On Monday, Google Chairman Eric Schmidt announced that his company was planning to break off its partnership with ALEC in light of the group’s well-documented support for climate change denialism. On Tuesday, the San Francisco Chronicle reported that Facebook is likely to do the same.

“While we have tried to work within ALEC to bring that organization closer to our view on some key issues,” said a Facebook spokesperson, “it seems unlikely that we will make sufficient progress so we are not likely to renew our membership in 2015.”

Facebook, like Google, has been reticent about its ALEC membership. In December, a representative told FastCompany that “Facebook belongs to various organizations representing views across the political spectrum” and stressed the work being done by ALEC members on issues like “data security, privacy, and a free and open Internet.”

Such efforts, particularly on net neutrality, would have proceeded without ALEC’s organizational backing. Its technology working group, which claims “nearly 200 members representing all parts of the country and every segment of industry,” has advocated against net neutrality and municipal broadband.

While working with ALEC, Google, Yahoo, and Facebook have also supported a competing group called the Internet Association that has staked out the opposite position on net neutrality and a host of other policy issues.

Other tech companies that work with ALEC’s Communications and Technology Task Force were noncomittal about their views of the group as a whole. A spokesperson for Yahoo, which is a member of the task force, told the Chronicle that while Yahoo “may not agree with all the positions of an organization, its leaders or its supporters,” it “engages in the political process in a variety of ways to promote and to protect the long-term interests of our users and our company.”

The watchog group Common Cause told Ars Technica earlier this month that ALEC membership costs between $12,000 and $25,000 per year, while membership on the technology task force costs $5,000 per year.

Microsoft became the biggest name to cut ties with ALEC when it left the group in August, telling a leading environmental investment group that many of ALEC’s policy positions conflicted with priorities in Redmond.

Photo via Antony Mayfield/Flickr (CC BY 2.0)