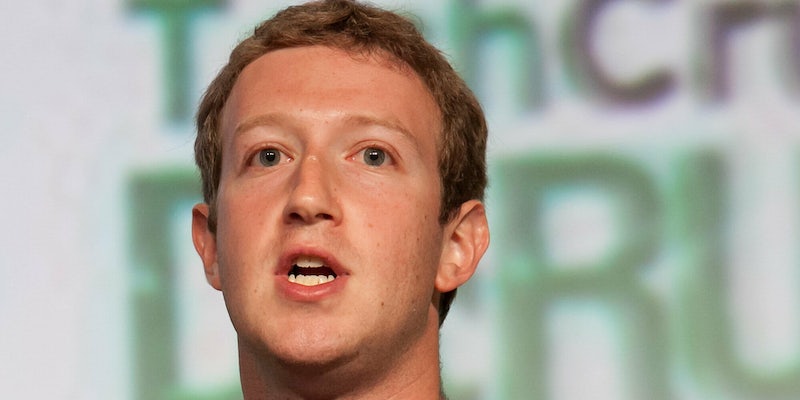 Less than three months after the Cambridge Analytica scandal erupted, it appears Facebook is doing the very thing that first landed it in hot water: sharing user data with other companies.

The Wall Street Journal reported Friday that Facebook made deals to provide user records and friend data to several companies, despite changing its own policy to prevent other apps from acquiring that information. The social network reportedly allowed certain companies—including Royal Bank of Canada and Nissan—to access user phone numbers and a metric called “friend link” that measures how close users are with others in their network.

These data-sharing deals contradict Facebook’s own 2014 privacy initiative, which co-founder and CEO Mark Zuckerberg said would “dramatically limit the data [that] apps could access.” The change prevented apps from scraping data from user’s friends unless they had also authorized those apps.

That didn’t stop Cambridge University researcher Aleksandr Kogan from stealing data from 87 million users through a personality quiz app and sharing it with Cambridge Analytica. Facebook banned Kogan’s quiz app after learning of the data breach and apparently gave companies until May 2015 to stop collecting user data—but according to the Journal, the site gave extensions to certain companies.

“As we were winding down over the year, there was a small number of companies that asked for short-term extensions, and that, we worked through with them,” Facebook’s Product Partnerships VP Ime Archibong told the Journal. “But other than that, things were shut down.”

Facebook reportedly gave certain companies preferential treatment as well, setting up “internal teams dedicated to brokering and developing customized data deals.” One former Facebook employee told the Journal, “99 percent of developers were treated the same, but 1 percent got special treatment because they accounted for all the value of the platform.”

These deals granted certain companies access to Facebook’s user data until as late as this year. The social media platform says those deals are finally winding down, but then again, Zuckerberg has been making that claim for a long time now.