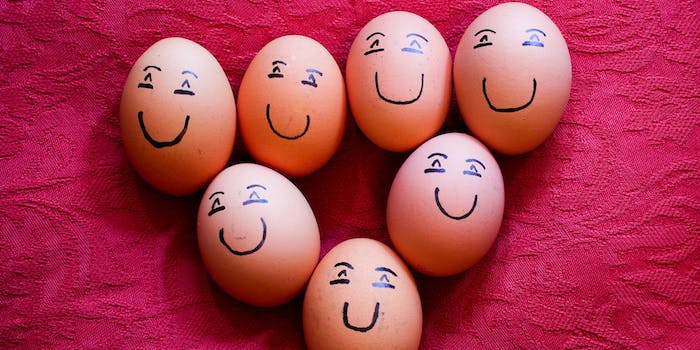 The companies recently announced they'd be subsidizing the procedures in their health care plans.

Good news for aspiring moms in Silicon Valley: Facebook and Apple, two of the biggest tech companies in the world, are now paying for female employees to freeze their eggs, making them one of the few major employers to subsidize the procedure, NBC News reports.

According to spokespeople for Facebook and Apple, Facebook started covering the procedure in their health care plans earlier this year, while Apple plans to do so in January. The move is widely being heralded as a way for female Facebook and Apple employees to avoid making the immediate decision between having a career and having a family by extending their own window of fertility.

“Having a high-powered career and children is still a very hard thing to do,” Brigitte Adams, an egg-freezing advocate and founder of the patient forum Eggsurance.com, told NBCNews.com. Apple’s and Facebook’s decision to pay for women to freeze their eggs is “very forward-thinking,” she says, symbolizing the companies’ investments in both their female employees’ personal and professional lives.

At face value, the companies’ decision to pay for women to freeze their employees can indeed be viewed as “forward-thinking,” particularly in light of Silicon Valley’s long-standing reputation as a bastion of sexism. The fact that two of the largest tech companies in the world are making such a large investment in their female employees’ reproductive health is not symbolically insignificant, particularly when you consider how expensive egg-freezing procedures are. (According to the USC Fertility Clinic homepage, the initial “egg thaw, fertilization, and embryo transfer procedure” costs up to $5,000, with an additional $500 annual cost for egg storage.)

That said, not everyone is thrilled with Facebook’s and Apple’s new company perks. Glenn Cohen, a director at the Harvard Law School’s center for health law policy, biotechnology, and bioethics, says employers’ decision to cover egg-freezing in their health insurance plans could be viewed as a cynical ploy to convince women to put off getting pregnant until they leave the workplace.

“Would potential female associates welcome this option knowing that they can work hard early on and still reproduce, if they so desire, later on?” Cohen wrote in a blog post on whether law firms should cover the procedure. “Or would they take this as a signal that the firm thinks that working there as an associate and pregnancy are incompatible?”

Cohen’s argument is not without merit: If a female Apple or Facebook employee chose to forego the egg-freezing procedure and try to get pregnant while still under employment contract, would she face censure from her boss and colleagues, on the grounds that she decided not to “wait” to start a family? And conversely, even if women did opt for freezing their eggs under the companies’ new plans, what if they wanted to keep working after they decided to get pregnant?

Ultimately, while Facebook and Apple might have the best intentions for their female employees at heart, it doesn’t take a great deal of imagination to see how this move could be viewed as an implicit discouragement to female employees to prioritize their careers over their desires to start a family. Either way, it’s likely that this policy will barely make a dent in the culture of institutionalized sexism and discrimination against pregnant women in the workplace. Regardless of whether you work in Silicon Valley, if you’re a woman who wants to start a family and keep her job, you’re still pretty much stuck between a rock and a hard place.