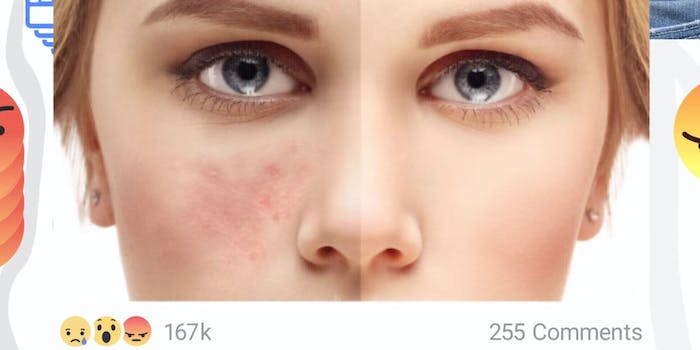 Facebook made a deceiving TV ad to win you back

Facebook has a new ad reminding you it’s the reason the platform has gone downhill, not you. The one-minute long clip takes us back to the days when the social network was about finding new friends, changing your relationship status, and freaking out about birthday notifications.

The tone changes about midway through, when the narrator states, “But then something happened: we had to deal with spam, clickbait, fake news, and data misuse.” Facebook is being lenient on itself here, packaging the actions that led to these problems into a vague phrase. Yes, something happened.

That’s not the only reason the ad is misleading. The truth is, even when the platform was about interacting with friends, Facebook was still making terrible decisions that put profit ahead of privacy. When Facebook introduced its now-defunct ad service Beacon in 2007, it was met with fierce opposition. The service sent messages to user’s friends about what they were buying but didn’t include an option to opt out. Petitions signed by more than 50,000 users forced the company to shut it down in 2009.

Anyone who owned an account in the early days knows clickbait ran rampant, prompting Facebook to make multiple updates over the years to decrease its prevalence. In fact, Facebook was even accused of “helping create clickbait.” The list goes on and on, but the lesson is that Facebook was never some online utopia, even when a vast majority of its users weren’t abusing it.

The ad ends by reassuring users, “Facebook will do more to keep you safe and protect your privacy so we can all get back to what made facebook good in the first place.”

The video has an up-to-down vote ratio of less than 1.0, so we wouldn’t be surprised if people aren’t receptive to it when it’s run on TV and in movie theaters this July.