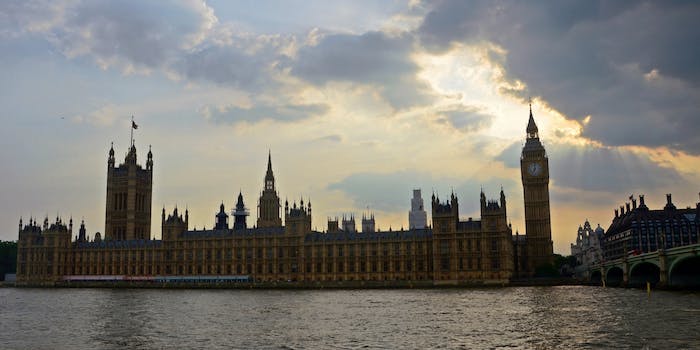 Hundreds of British demonstrators are planning to hold a very NSFW protest outside Parliament on Friday to oppose new U.K. rules regulating the content of online pornography.

Under the 2014 Audiovisual Media Services Regulations, which came into force at the start of December, an array of sex acts is now illegal to depict in Internet porn—even though they are perfectly legal to perform.

The #PornProtest against the #PornLaws is this Friday at noon; outside Parliament. Please RT and join us there! pic.twitter.com/xjxeptwws7

To show their disdain for the rules, the protesters—led by Sex Worker of the Year 2013 Charlotte Rose—will demonstrate a selection of simulated sex acts, including “face sitting,” an act singled out by the new rules as “potentially life-threatening.”

In demonstrating against the regulations, the face-sitting protesters also hope to break the Guinness World Record for the act, although the official Guinness adjudicators have declined to attend.

Who wants to be my protest buddy? (guys w juicy rear a must, legal observer trained a bonus) #PornProtest https://t.co/CnIcfFFAF4

Almost 600 people have committed to attending the event on a Facebook page promoting it. In addition to the world-record-sized face-sitting action, the protest will also feature a mock game show where contestants “act [out] a sex scene (clothed) that is banned and the judges vote for a winner.”

The protest is timed to coincide with parliamentary debate on the regulation that could annul the British regulatory agency’s recent changes.

H/T The Independent | Photo via Duncan Harris/Flickr (CC BY 2.0)