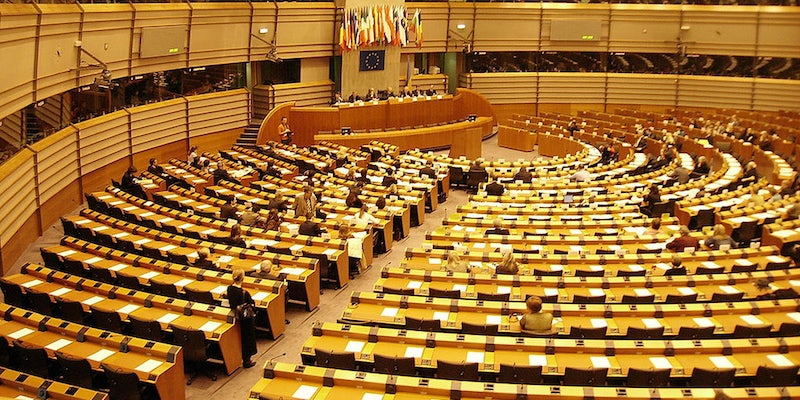 In a major victory for Internet freedom advocates in Europe, the EU Parliament voted Thursday to enshrine net neutrality principles into law.

The Parliament-approved legislative package ensures that Internet traffic within the EU will be treated “without discrimination, restriction or interference, independent of the sender, receiver, type, content, device, service or application.”

There was little question that Parliament would vote “yes” for the long-coming Internet and phone regulations package. But net neutrality activists had a number of problems with the bill’s original phrasing, which included the vague term “selective service” that some believed could have allowed Internet service providers (ISPs) to charge their customers more money to use certain websites or services, like Netflix. The approved package eliminates this potential loophole, but still allows ISPs to reduce Internet speeds exclusively to ease congestion on their networks.

Prior to the vote, a number of online advocacy groups across Europe called on EU citizens to urge their representatives in Parliament to vote for the handful of amendments that would establish net neutrality principles througout the EU. The majority of those amendments passed—the package’s text now even includes the phrase “net neutrality,” something Parliamentarians have unsuccessfully tried to include in European law for at least four years.

“The European Parliament today established the EU as the major global force to protect the freedom of the open internet” Joe McNamee, Executive Director of European Digital Rights, said in a statement.

The legislation also establishes the consumer-friendly goal it originally set out to do: abolish roaming telephone fees between European countries. The so-called “single telecoms market” for EU wireless service is set to go into effect by December 2015.

It’s not over yet, though: the package now moves to the Council of the European Union, which is expected to review it later this year.