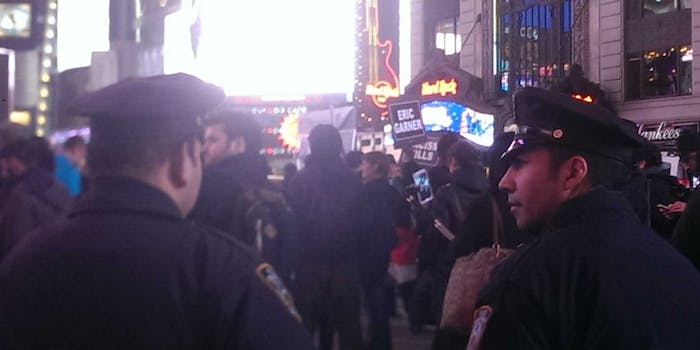 Staten Islanders like the NYPD much more than any other borough.

If you’re still wondering how officer Daniel Pantaleo wasn’t indicted for the killing of Eric Garner—even though a clear majority of 64 percent of New Yorkers wanted criminal charges brought against the cop—consider this: He wasn’t really killed in New York City.

Garner was killed in Staten Island, an island off the coast of Manhattan and Brooklyn. Yes, it is technically one of NYC’s five boroughs, but the residents themselves will tell you it’s a different place entirely from the other four.

Staten Island has always been unique. It’s the smallest borough, most geographically remote, most white, most conservative, and has historically been home to a disproportionately large number of police officers.

This is the most pro-police corner in the city by a significant margin. And the grand jury that declined to bring charges against Pantaleo was made up entirely of these same Staten Island adults, whose opinions on police stand so starkly in contrast with the rest of New York City.

To Staten Islanders, the borough where Eric Garner was killed and the county where the grand jury was selected, the incident looked very different. Just 41 percent of residents wanted charges brought, according to Quinnipiac University polls.

More than half of all Staten Islanders think New York’s police treat all races the same, a number well above the 31 percent citywide average.

When asked if police brutality is a “very serious problem” in New York, 16 percent of Staten Islanders said yes, while that number more than doubled in the rest of the city.

A secession movement has lived on in Staten Island for decades that calls for the borough to leave New York City, a metropolis that it stands apart from in many ways ideologically and that has, at times, ignored Staten Island’s resident’s needs and wants. The movement to leave the city—hence the “island off the coast of New York” remark—has at times shaped city politics significantly since the 1990s.

In the eyes of many New Yorkers, this is yet another case of “Staten Island being Staten Island.”