What tourists in Times Square thought of the Eric Garner protests

Manhattan's most popular tourist hubs were filled with tourists and shouting protestors.

Each December, hundreds of thousands of tourists flood Manhattan to celebrate the holiday season by seeing the Rockettes at Radio City, gawking at department store windows on 5th Avenue and checking out the massive Christmas tree in Rockefeller Center. But none of them could have foreseen their holiday merriment being peppered with protesters, who took to the streets Wednesday evening over a Staten Island grand jury’s decision to not indict a police officer for choking and killing an unarmed black man named Eric Garner.

This controversial decision comes just a little more than a week after a grand jury in Ferguson, Mo., decided not to indict officer Darren Wilson in the shooting death of unarmed teenager Michael Brown. Protestors in Ferguson took their anger, sadness, and passion to the street, resulting in violence, looting and arrests.

I caught up with some of those visiting New York to see how they felt about the Eric Garner protests—or if they even knew who Eric Garner was. 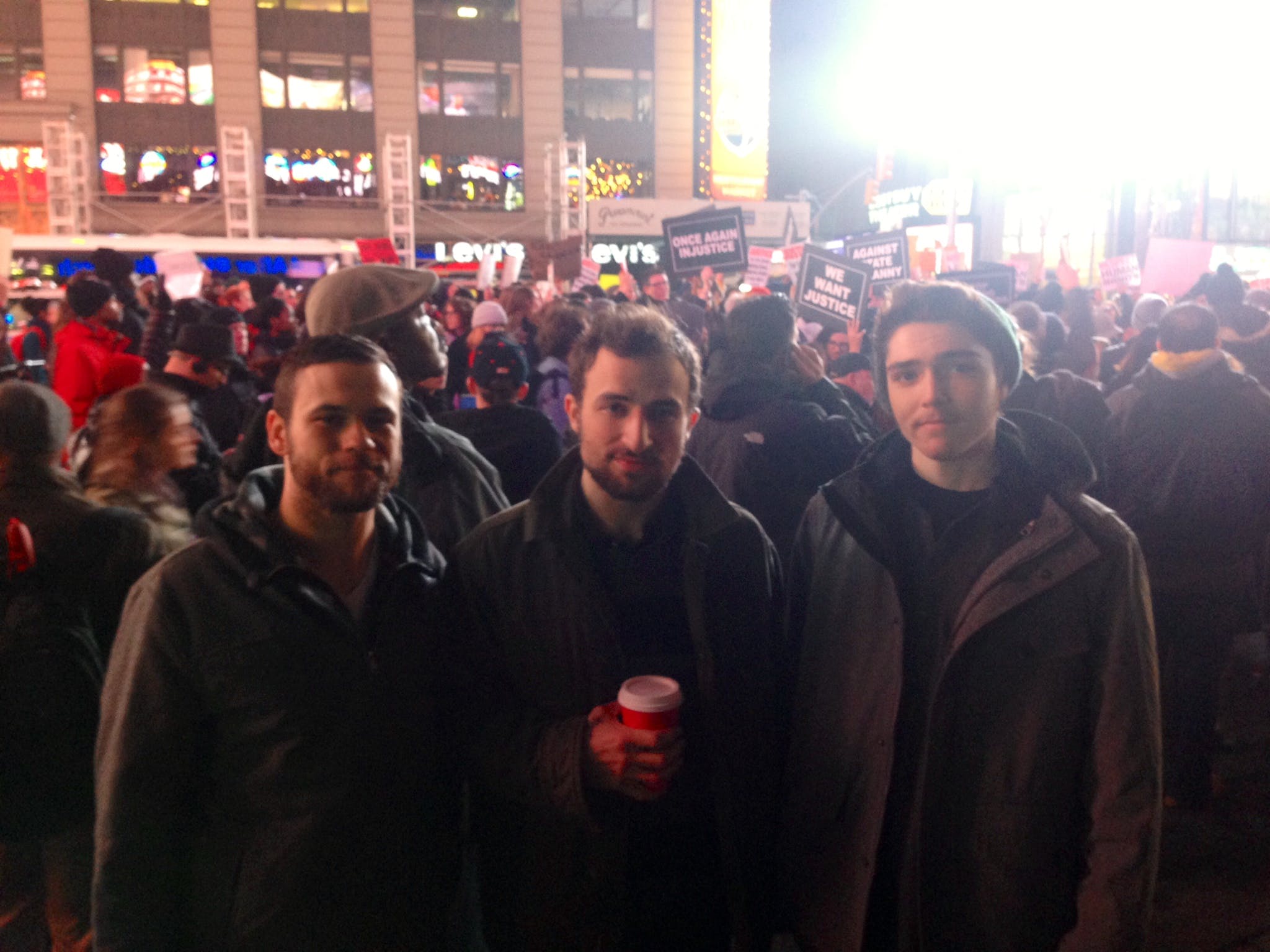 I started off the evening in Times Square, where one of the city’s main protests was expected to take place. The beating heart of New York tourism was brimming with visitors looking on as protestors chanted in unison within an area separated by police barricades.

Jeff, Tony and Selby were in town from Scranton, Penn., to attend The Phantom of the Opera on Broadway, and caught a glimpse of the unrest. “Lately, it’s just one after another. This, Michael Brown; it’s often. It’s kind of scary how this happens all the time,” Selby Owens, 23, told me.

“You can’t say that [all cops] are bad, but you definitely see that a lot more often, the brutality side of things, and it’s messed up,” Tony Malec, 25, added, as shouts of “I can’t breathe!”—Garner’s last words, which were caught on video—bellowed in the background. Gabi and Roberto of Germany

Next, I caught up with Gabi and Roberto, a mother and son originally from Italy, but who now live in Dusseldorf, Germany. They’d heard a lot about the Michael Brown case in Europe, and a little about Eric Garner when they came to the states. “Somebody thinks ‘poor people who died’ and ‘poor police, how should they behave?’” You know, it’s very difficult to say the opinion,” Gabi told me.

“People in Germany think the [American] police are too hard,” Roberto said. His mother added, “If you see how they take people, and they hurt them, this is very hard. Because any mother, white or black, would say the same. This is really hurting.” 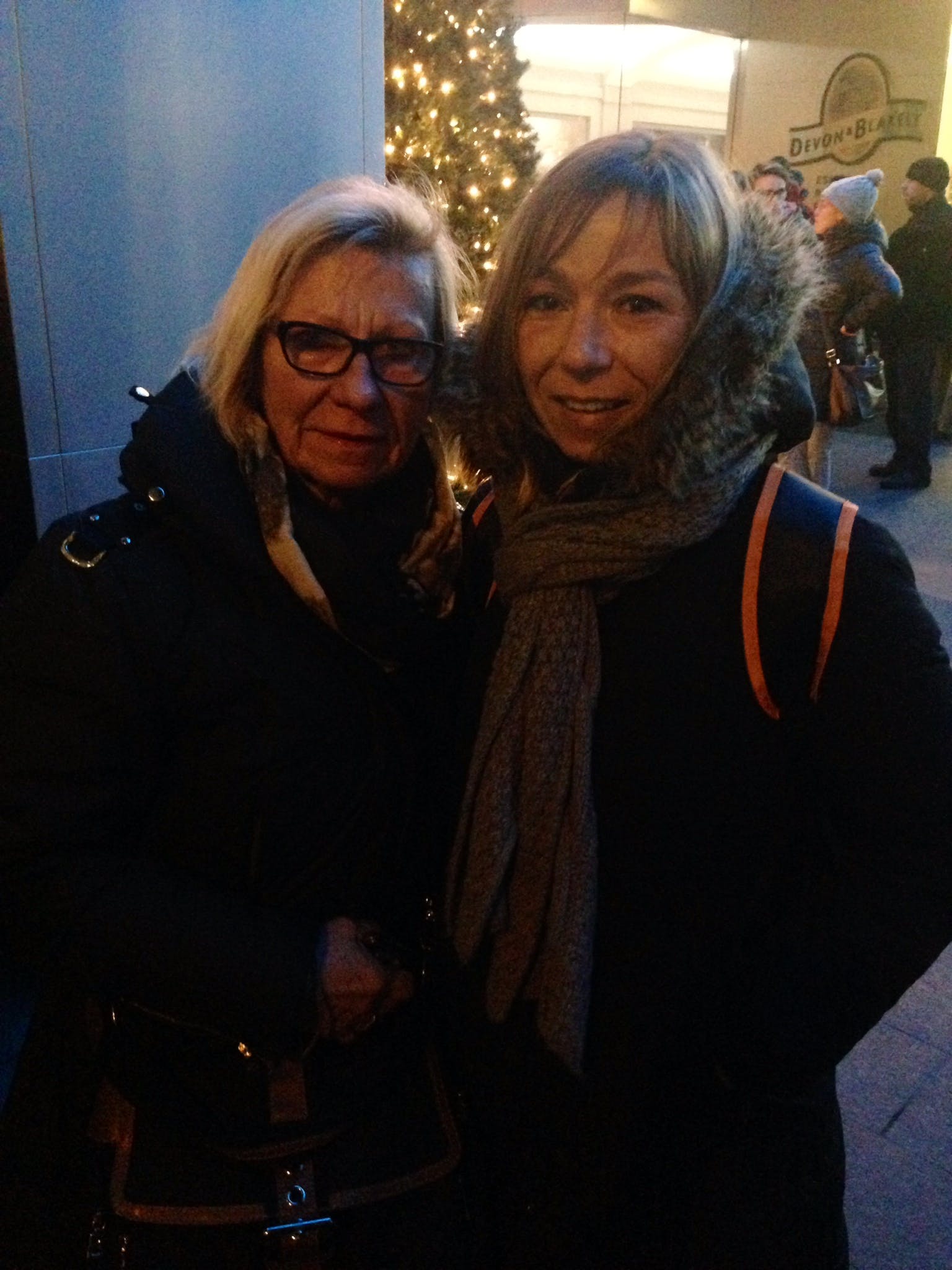 A mother/daughter duo from North Germany.

The crowd of protesters soon moved to Rockefeller Center, which was even more packed with tourists than usual because of the Christmas tree lighting ceremony. On the corner of 52nd Street and 5th Avenue, I spoke with a mother and daughter from North Germany, who were both named Sender.

Neither expected to run into the loud and angry protests. “We were surprised,” the younger Sender said. “We were on the way to the Christmas tree, and now [traffic] it’s stopped.”

“I wasn’t there to decide if it’s right or wrong,” she said about whether or not the grand jury decisions for Brown and Garner were correct. 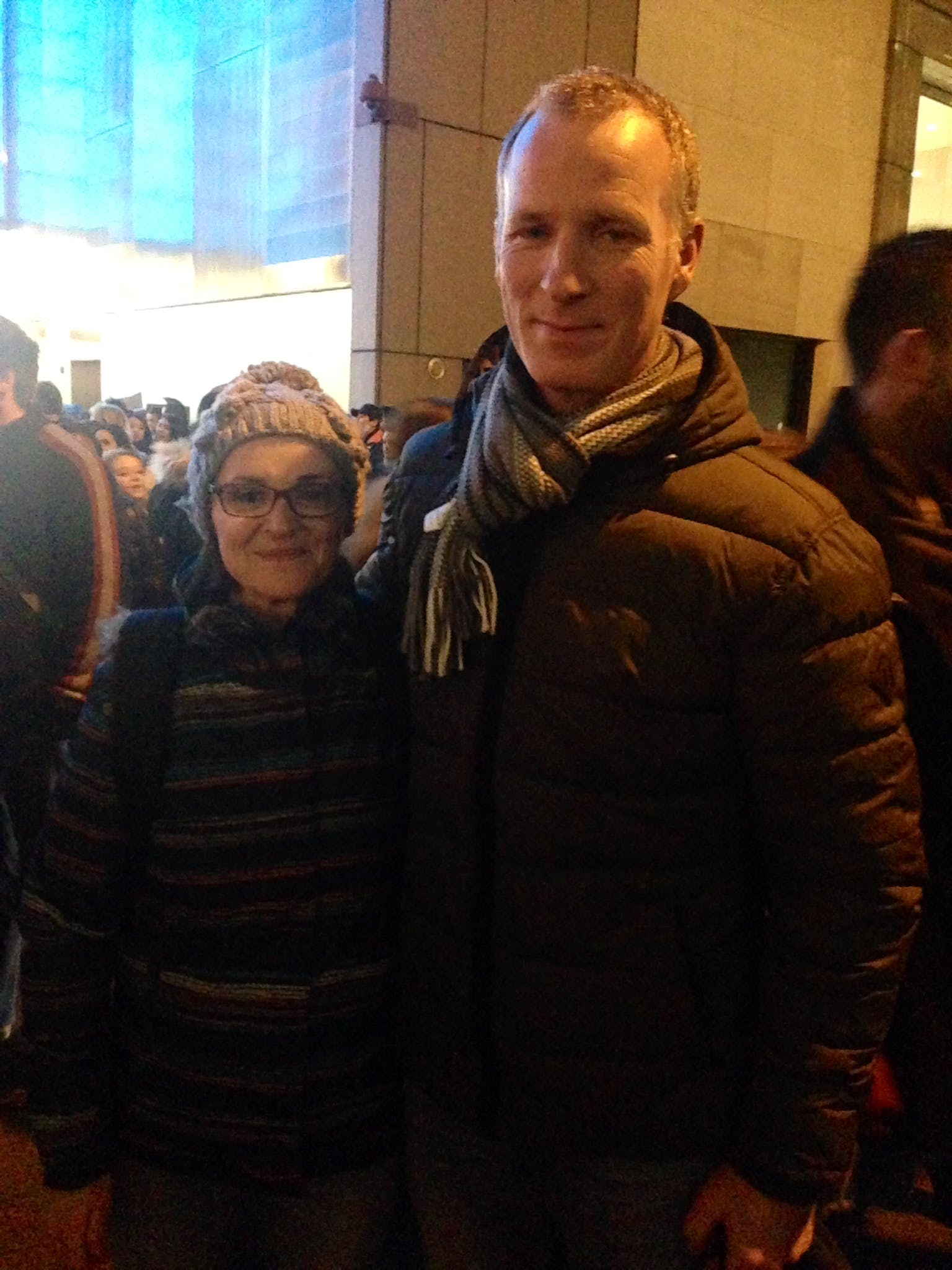 Kate and Dan, visiting from London.

Kate and Dan were visiting from London and weren’t as surprised by the protests. “We were following it on the news before we came out, but we didn’t think it would be as bad as it is,” Dan said. He told me that the U.K. has race issues of their own, “but nothing as major as this.”

Kate had a stronger opinion. “Totally wrong. [The police] were totally wrong,” she said. “The family are really justified in pushing this on and getting justice—in both cases.” 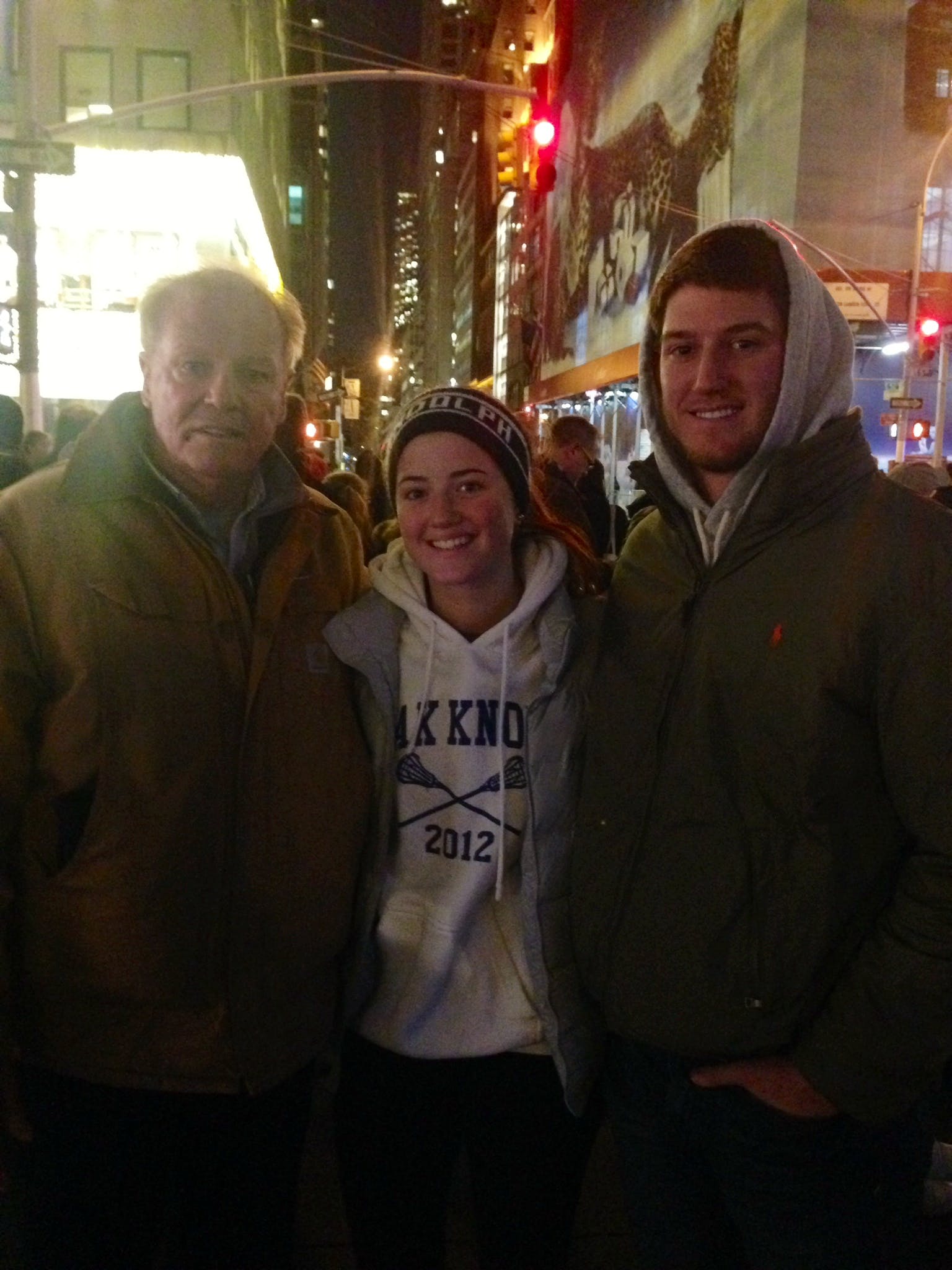 Before making my way for warmer ground, I encountered Bill, who was attending the Christmas tree lighting with two of his grandchildren. They’d been to the chaotic event before, and I asked how this year differed from years past. “It’s not that much different, except for a bunch of people just yelling and screaming,” Bill said.

He sympathized wholeheartedly with the police officers. “They’re good people and they have a rough job. Because it’s 30 years of nothing and two seconds, your life’s on the line.”

He felt that President Obama should have had the National Guard on every street in Ferguson to safeguard against looting. And he and his grandson were of the mind that most of the protestors weren’t very educated.

“If that kid [Michael Brown] was trying to take the gun from that cop, what are you gonna do?” Bill’s grandson Conor posited. “You’ve gotta enforce the law. You’re trying to do that in a bad area.”

More than 1,000 protestors filled the streets Wednesday night, and at NYPD officers arrested at least 30 people, according to the NYPD. While the scale and magnitude of these protests paled in comparison to those in response to the Ferguson ruling, those visiting the city are unlikely to forget this evening.