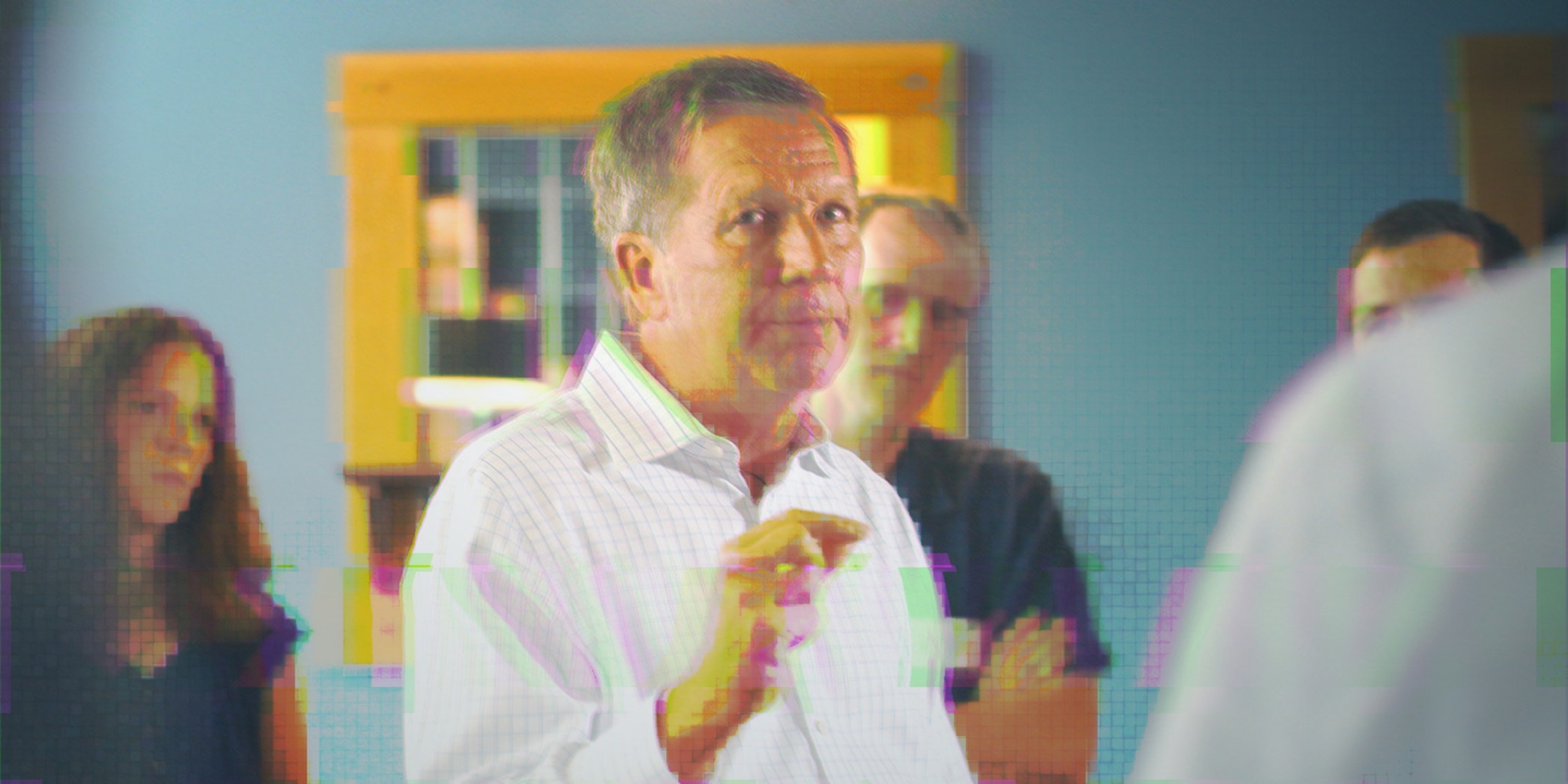 'It's best [that] some of these things not be said.'

Fox News anchor Megyn Kelly won praise for the way she framed her question about proposals to add “backdoors” to commercial encryption so that government investigators could access encrypted data. But Kasich’s reply puzzled observers as he appeared to brush off the issue entirely by saying that it wasn’t fit for public discussion.

“Megyn, it’s best not to talk anymore about backdoors in encryption,” Kasich said. “It will get solved, but it needs to be solved in the Situation Room of the White House with the technology folks.”

“It’s best [that] some of these things not be said,” Kasich added, before switching topics.

In the wake of multiple terrorist attacks in Western cities, some law enforcement and intelligence officials have pressed technology companies to add backdoors to encryption to solve a problem that FBI Director James Comey has called “going dark”—the notion that terrorists are using encrypted apps to hide their plotting. But security experts and privacy activists warn that backdoors in encryption expose Americans’ private data to hackers by giving malicious actors a new way into a secure system.

The White House did consider proposals to mandate backdoors, but it abandoned them as unworkable. Members of Congress are planning both legislation and a commission to address encryption, and several Western governments are considering counterterrorism laws that could force technology companies to add backdoors.

Kasich’s suggestion that the long-running “crypto wars” debate was best left to the White House Situation Room rather than the public square didn’t sit well with technical experts and civil-liberties advocates watching the Republican presidential debate.

That answer tells me @JohnKasich doesn't know what a #backdoor is. #GOPDebate #encryption

Kasich's dodge on encryption backdoors was lame. It's too important an issue to sweep under the rug.

Megyn: Should we allow encryption of smartphones?
Kasich: It's best that some things not be said.

Shepherd Lewis, a former senior technology officer at the Defense Intelligence Agency who met Kasich when he was helping the Defense Department with a Silicon Valley partnership program, defended the governor’s assessment that finding answers to encryption issues required private deliberations.

“In the debate Kasich was right that any legally acceptable technical approach to the encryption issue will only be found in patient discussion away from the constant glare of political soundbites,” Lewis said in an email. “But he may be overly optimistic in flatly stating that ‘it will get solved.’ That assumption is not yet technically founded.”

Kasich previously addressed encryption in a December 2015 Q&A at the Council on Foreign Relations, where he said the problem of terrorists encrypting their chatter “has to be solved.” But, he added, “it isn’t easy, because the minute you begin to solve the encryption problem by giving our security officials an ability to get in a backdoor, it opens the possibility for criminals to be able to use that same backdoor—those who want to harm us to use that same backdoor to exploit access to the encrypted technology.”

Kasich’s proposed solution was to convene meetings of technologists, lawmakers, and intelligence officials. “If we get smart people in a room with good intentions,” he said, “you can fix it.”

The Kasich campaign did not yet respond to our request for comment.