The best apps for emoji experimentation

The latest developer release of Apple‘s iOS 8.3 and OS X 10.10.3 includes a set of diverse emoji, with a brand new option to customize icons using a skin tone selection tool. But they remain slightly out of reach until Apple comes out with an official release for the general public (reportedly slated for late spring).

In the meantime, here are some of our favorite emoji apps you can use while waiting.

What better way to accurately represent your diversity by emoji than using your actual picture to do it? Imoji is an iOS app that puts your tendency for taking too many selfies to good use by turning them into stickers you can send your contacts via text, Facebook Messenger, Instagram, or Twitter. You also get access to trending “imojis.” 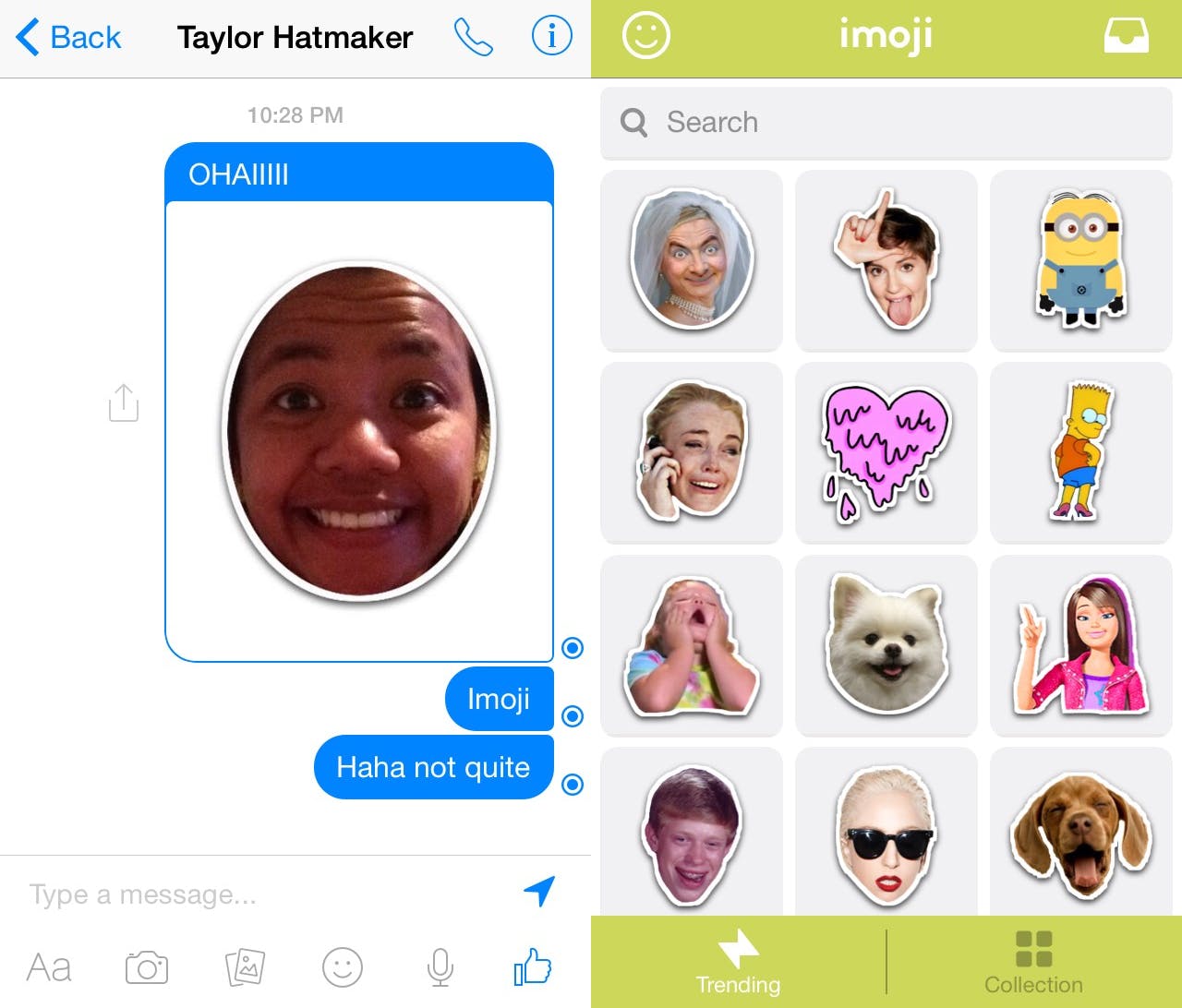 If you like sexting and you like emoji, you need Flirtmoji. In order to get full access, you just have to sign up for the app. Then, just copy and paste into your preferred messenger and flirt away. And just in case you have doubts over the flirtiness of the app, here’s a peek into a few icons. Spoiler alert: Some of them are sorta NSFW. 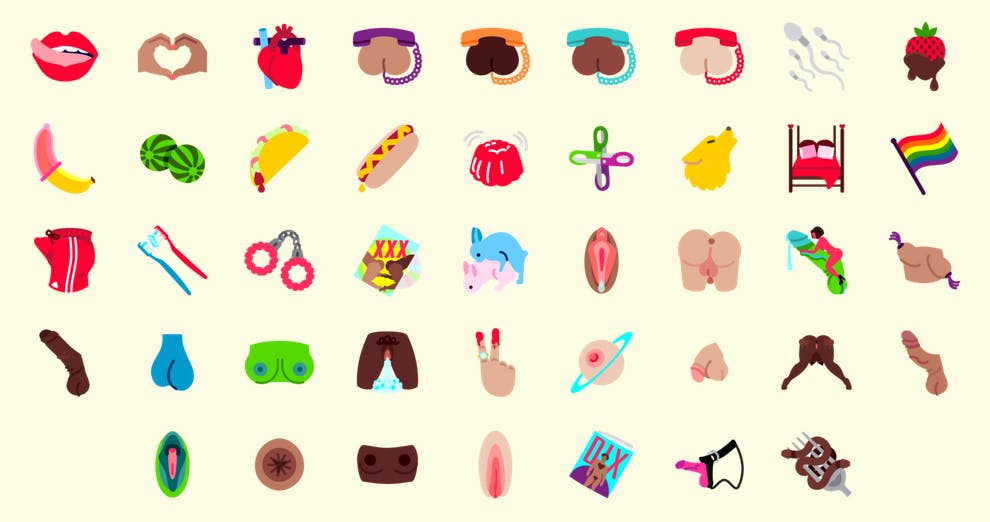 If you love chronicling your life, may it be through a blog or a handwritten journal, you might find that expressing yourself through emoji is an exciting new exercise. Emojiary is an iOS app that lets you summarize your day through nothing but emoji. It communicates with you like a talking diary, prompting you to use icons that express your mood and asking you to add more text if it suits you. 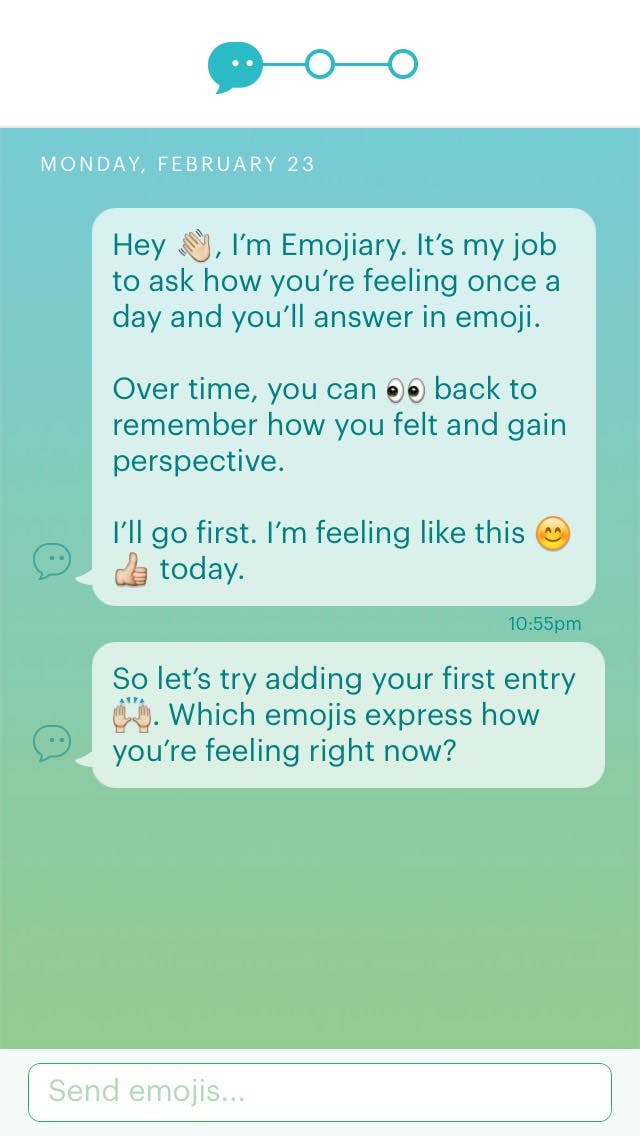 Additionally, you can set up notifications so that Emojiary will remind you to post an emoji entry, keeping the daily “writing” challenge alive. The more often you post, the more often you unlock emoji awards, which you can use outside of the Emojiary app. 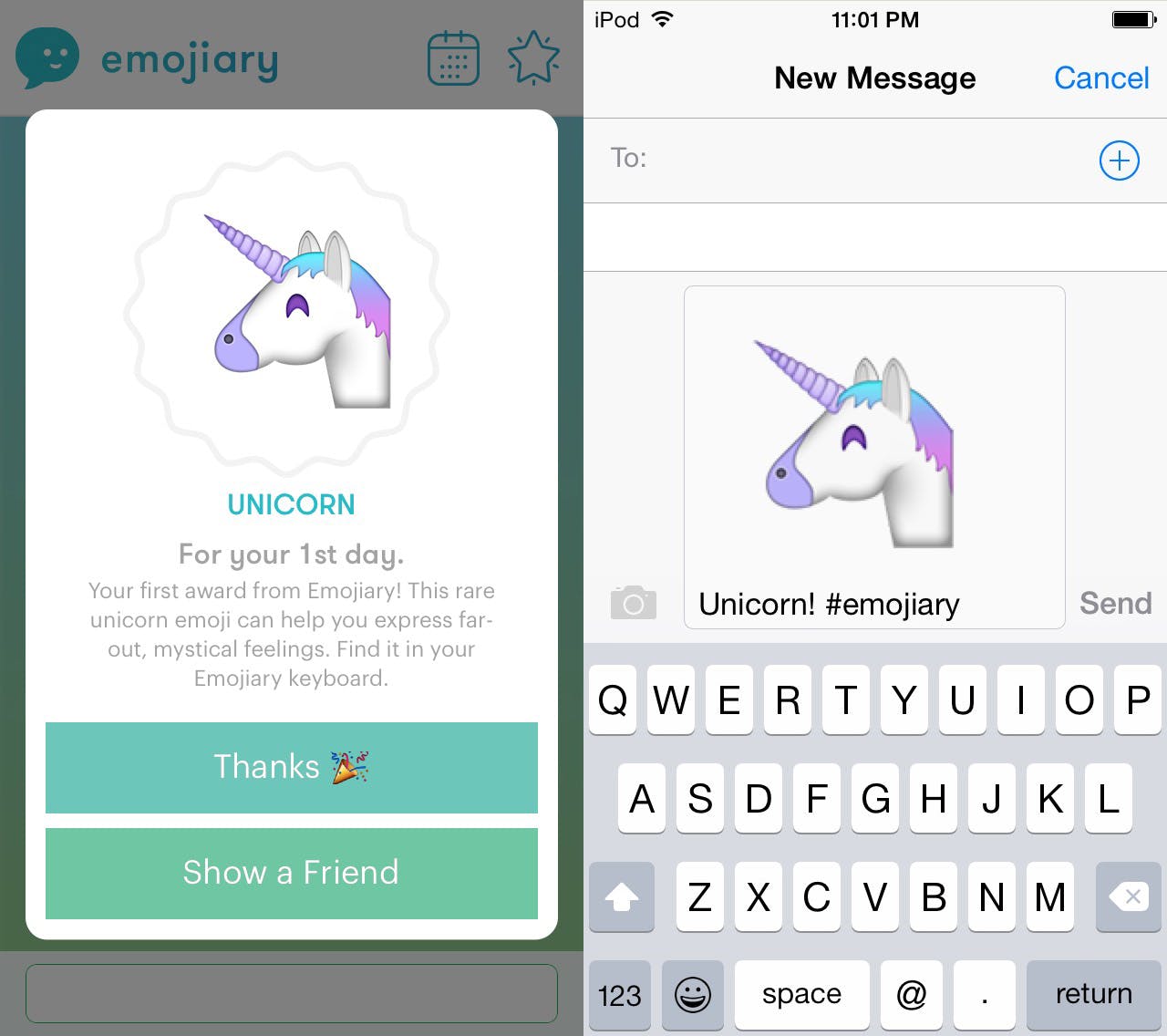 Created by the same people responsible for the Bitstrips plague phenomenon, Bitmoji wants to turn you into a cartoon avatar that you can send to your friends via apps like iMessage and WhatsApp. Are you a former passenger of the Bitstrips bandwagon? You can save the rest of your Facebook friends list from the pain of seeing your strips dominate their feeds by privately sending Bitmojis to those who tolerate your penchant for cartoon people. 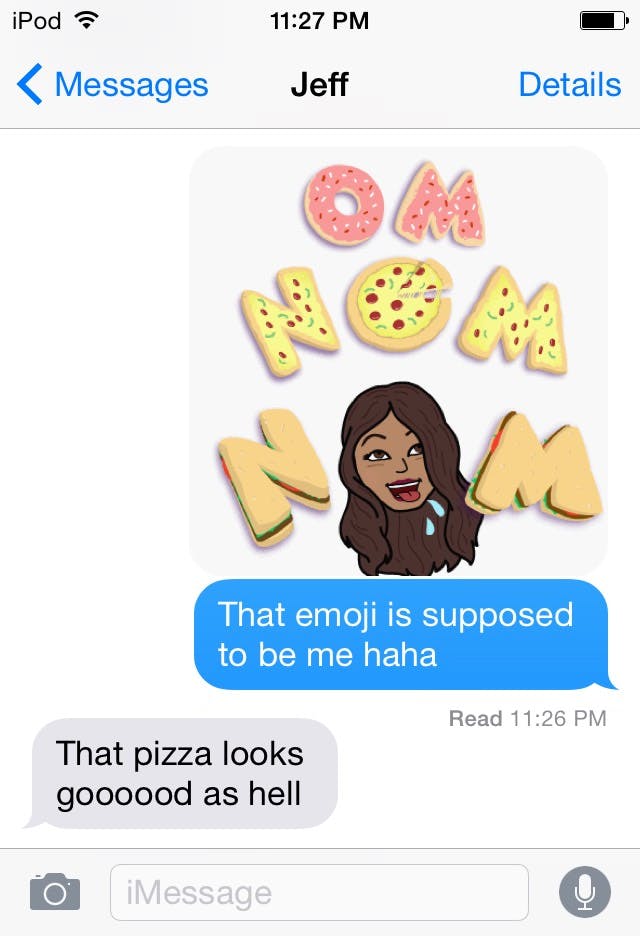 If you don’t have time to think of an appropriate emoji to use in a text conversation, use this iOS keyboard to turn most of your words into tiny toons! Activate Emojimo under Settings > General > Keyboards > Keyboards > Add New Keyboard. Make sure you click on the new keyboard and grant it full access. 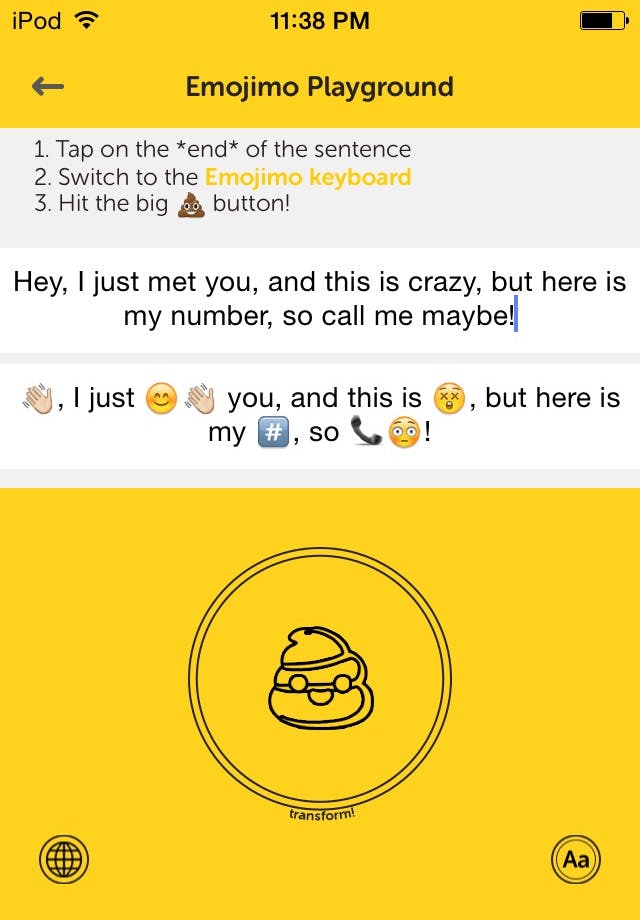 Sure, it’s not emoji, but it is fun! If you feel like going old school, Donger List provides a vast vocabulary of cheat codes for any type of text emoticon your heart desires. Because sometimes, all you need is
¯_(?)_/¯ to feel utter satisfaction. Donger List even provides fancier alternatives to the beloved shrug emoticon: 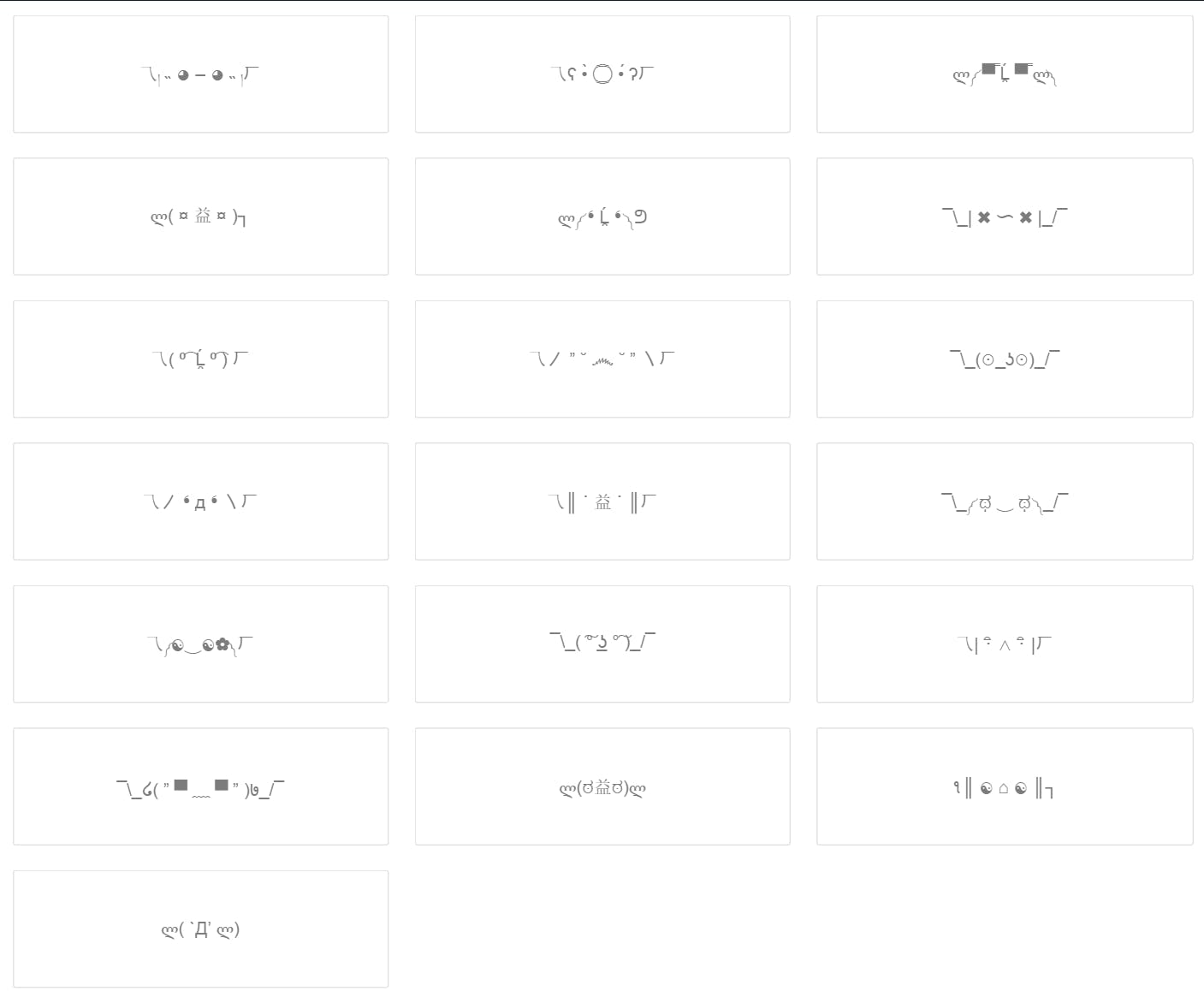