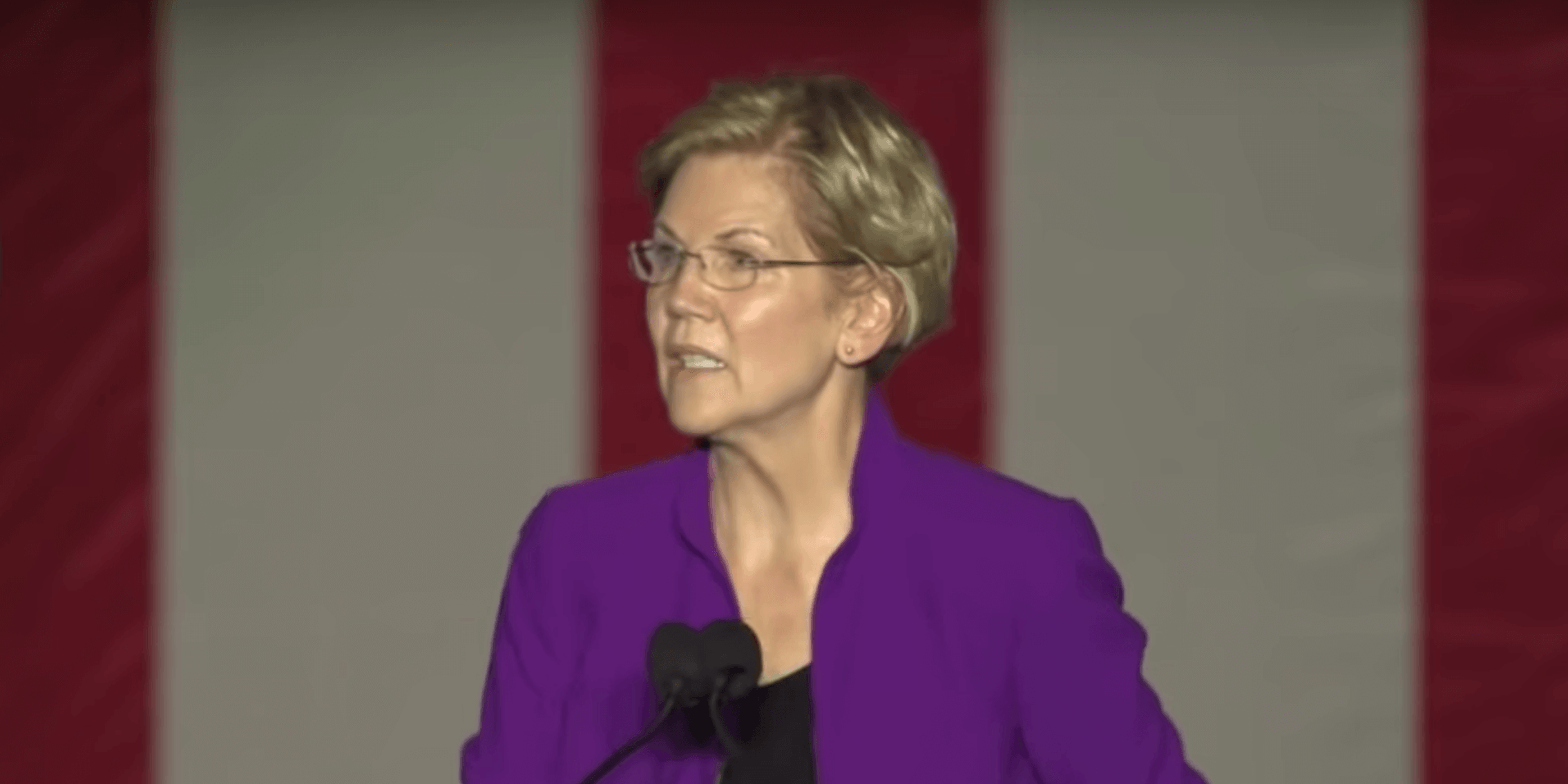 Conservative men are melting down over Elizabeth Warren’s speech

She said a thing about men, and men are upset.

On Monday, Elizabeth Warren delivered what some are considering a cornerstone speech of her campaign for the Democratic nomination.

Speaking to 20,000 in New York City’s Washington Square Park, Warren spoke about of corporate greed and government corruption, a message to rally behind as she continues to rise in the polls.

She also took a moment, as a woman, to shout out women, saying “We are not here because of men at all.”

It was a nice line, nodding to the importance and accomplishments of women given that, you know, she is a woman.

And three days later, far-right men have found the clip and are upset.

Would you love a fact-check of Warren’s quips from all the guys of the far-right?

Does she know she is not running for President of the HOA? https://t.co/8uLebDYsud

If you want to alienate half the voters this is how you do it. https://t.co/mNIfRNXohm

If i’m not mistaken, in order to have a child, a MAN and a women need to be involved. Soooo, were all here because of both men and women. Why even bother saying stuff like that? https://t.co/9cJ2Q6ZFhV

Or that it’s mean to hate men.

Did you know that Manhattan, the island, was bought by a man?

The arch in Washington Square Park in NYC she spoke under was built by a man named Stanford White and features a statue of George Washington carved into it. https://t.co/z5ym3mxk8G

Also a man named Peter Minuit purchased Manhattan island but that one probably hits a bit too close to home for her.

It really does take a man to handle a light ribbing like this with such impressive tantrums.