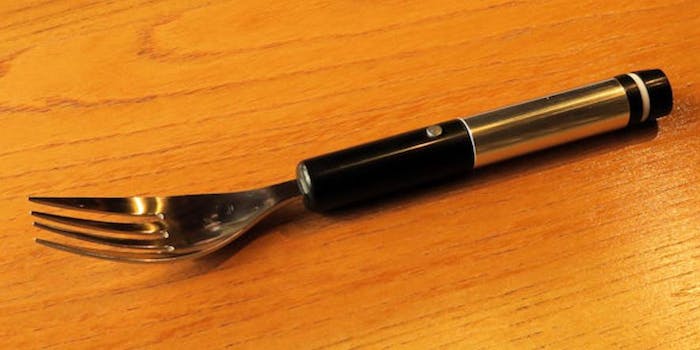 This fork will shock your tongue with salt

The sensation of eating salt, without the negative effects.

Can you taste this? Something is missing, I just don’t know what.

That’s right, an electric salt fork. Japanese engineers at the University of Tokyo created a prototype fork that simulates the taste of the universal solution for making all food taste good: salt. And it uses electricity to do so. 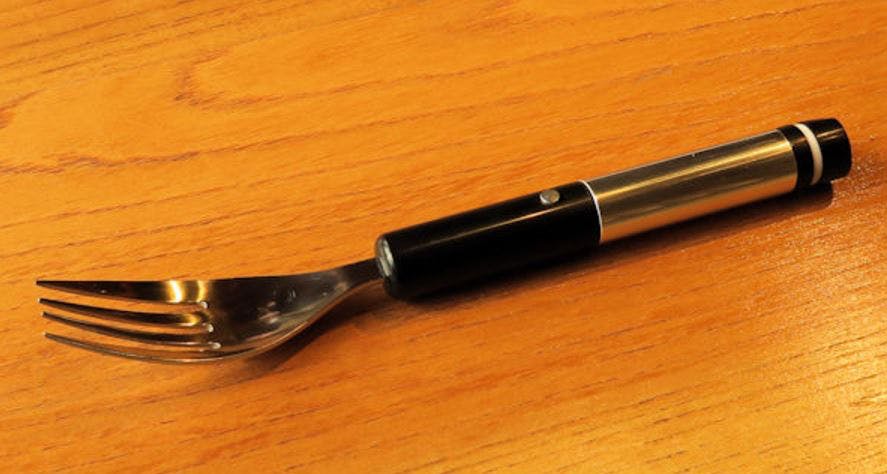 The device, which looks like it could double as a laser pointer, sends electric current onto the tongue of the user each time the button on the handle is pressed. It’s the same idea that was in effect when you dared your friends to stick their tongue on a 9-volt battery.

That current sends out different taste sensations based on the amount of electricity applied. The right amount will bring sour and salty flavors to the tip of your tongue. Too much, and you’ll be eating metal. There are many factors that go into finding the right sensation, like age and eating habits, so finding that perfect level of electric shock could prove difficult.

The benefits of this quirky device are more significant than it first may seem. Replacing actual sodium with the sensation of salt could allow those with high blood pressure to enjoy the wonderful taste of salt without having to worry about what they eat.

The prototype has three levels of current and only cost $17.70 to make. It will be put into action at No Salt Restaurant, a project that will offer sodium-free full-course meals without compromising on the taste of salt.

This prototype device is not the first of its kind. Researchers at the National University of Singapore created Digital Lollipop, which takes a similar approach to producing a number of different flavor sensations. 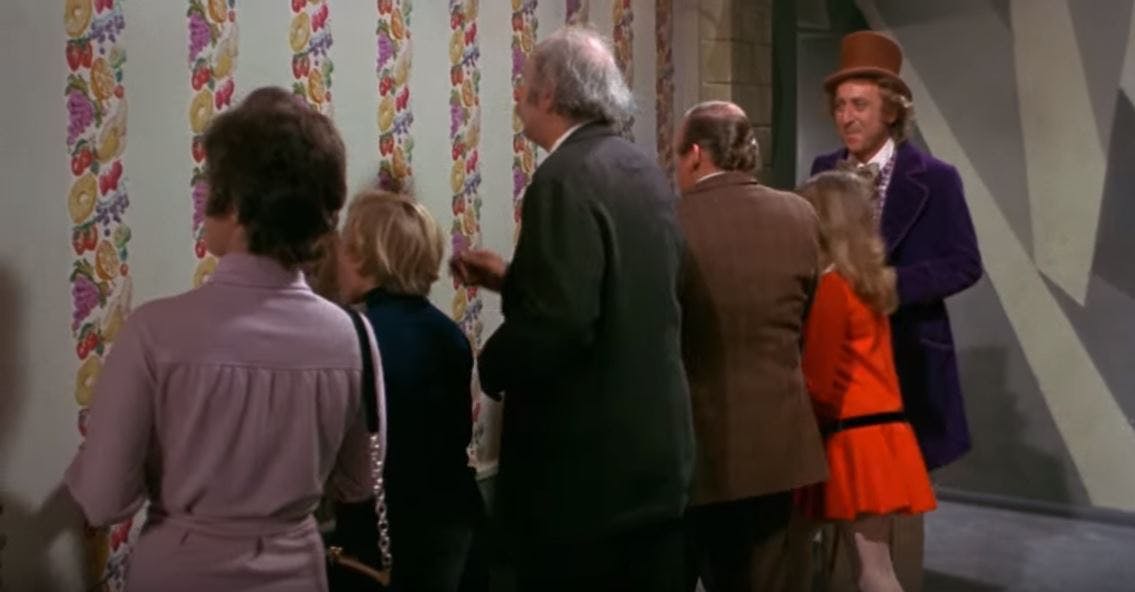 All of this has to make you wonder, was the wallpaper in Willy Wonka and the Chocolate Factory just one large, printed circuit board?