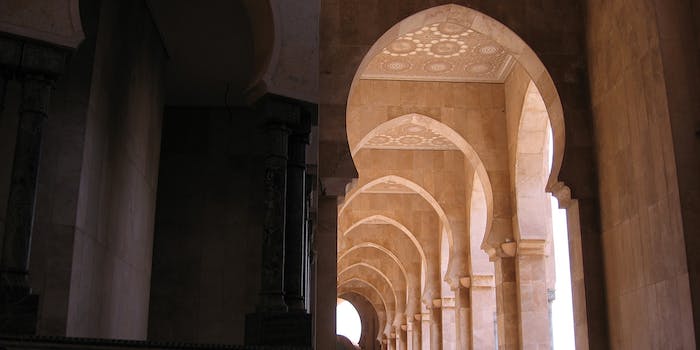 It’s the deadliest attack on Egyptian civilians by Islamic extremists.

At least 200 people have been injured or killed in a bomb and gun attack during Friday prayers at a mosque in Egypt’s Sinai peninsula. It’s the deadliest attack on Egyptian civilians by Islamic extremists, according to the Associated Press.

The country’s state-run MENA news agency said that 200 people died and 130 were injured at a mosque frequented by Sufis, members of Islam’s mystical movement, in the north Sinai town of Bir al-Abd.

The militants opened fire from four off-road vehicles on worshippers inside the mosque during the sermon, blocking off escape routes from the area by blowing up cars and leaving the burning wrecks blocking the roads, three police officers on the scene told the Associated Press.

While the Islamic State has previously targeted churches and Christians throughout Northern Sinai and Cairo, Friday’s violence marks its first major militant attack on a Muslim mosque. The Sufi school of Islam is considered blasphemous by extremists, including the Islamic State.

President Donald Trump tweeted about the attack, calling it a “horrible and cowardly terrorist attack on innocent and defenseless worshipers in Egypt.”

Horrible and cowardly terrorist attack on innocent and defenseless worshipers in Egypt. The world cannot tolerate terrorism, we must defeat them militarily and discredit the extremist ideology that forms the basis of their existence!

Politicians from around the world tweeted their shock and condolences to the country. Prominent Christian leaders, including the Archbishop of Canterbury, also expressed their solitude.

I am disgusted by the evil attack that killed & injured so many Egyptians in Sinai today. On behalf of the UK my deep condolences to all involved. These attacks on people praying in mosques & churches only strengthen our determination to stand together, & defeat terrorism & hate.

Appalled by the sickening attack on a mosque in North Sinai. Condolences with all those in #Egypt affected by this evil and cowardly act.

.@AlsisiOfficial: I condemn in the strongest possible terms the tragic attack on the al-Rawdah mosque – a barbaric and cowardly act deliberately targeting peaceful and innocent people. #Egypt can count on Europe's solidarity and support. https://t.co/i1BiA2r2nY

My thoughts are with the victims of the terrible attack on the #mosque in #BirAlAbed in #Egypt. I offer my sincere condolences to the victims’ families and friends, and to the Egyptian people. #Sinai

I strongly condemn the terrorist attack in Sinai region of #Egypt that took lives of many innocent civilians. I convey my condolences to the families of those who were killed and to the brotherly people of Egypt; I also wish speedy recovery to the wounded.

Horrific: Islamist militants spray gunfire and bombs at crowded Sufi mosque near #Egypt’s #Sinai coast, killing and wounding numerous of people.
My thoughts go out to the victims and to all those affected by this brutal and disgusting crime https://t.co/yFtVuJFFsM … pic.twitter.com/T7G4jdIgSO

The attack on a mosque in #Sinai, #Egypt is terrible beyond words. We pray for all affected, for the Egyptian Government, and for peace and justice.

A state of emergency had been declared in Sinai, while Egypt’s President Abdel Fattah al-Sisi declared three days of mourning for the victims of the blast, according to MENA.