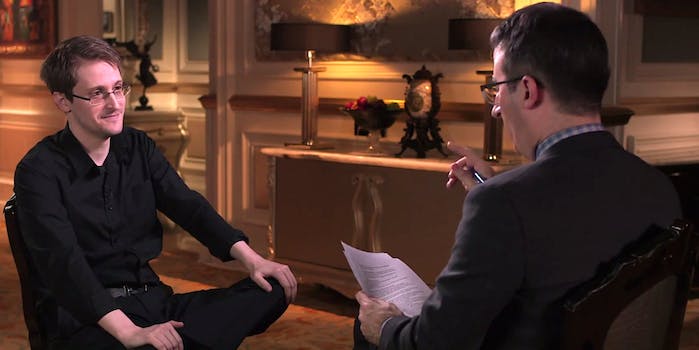 Have you ever heard the phrase 'margaretthatcheris110%SEXY'?

It’s no secret that most people are terrible at choosing passwords. But few know the dangers of a bad password better than former National Security Agency contractor-turned-whistleblower Edward Snowden.

In a segment cut from Snowden’s appearance on Last Week Tonight, host John Oliver asks him what he thinks of several short passwords, only to be repeatedly shot down each time.

Finally, Snowden—whose fastidiousness when it comes to online security is so famous that it’s a minor meme—recites the security equivalent of a mantra: “Shift your thinking from passwords to passphrases.”

The passwords Snowden endorses? Oliver’s “admiralalonzoghostpenis420YOLO” and Snowden’s own “margaretthatcheris110%SEXY.”

It should be obvious—for at least one reason—that you don’t want to actually use those passwords now.