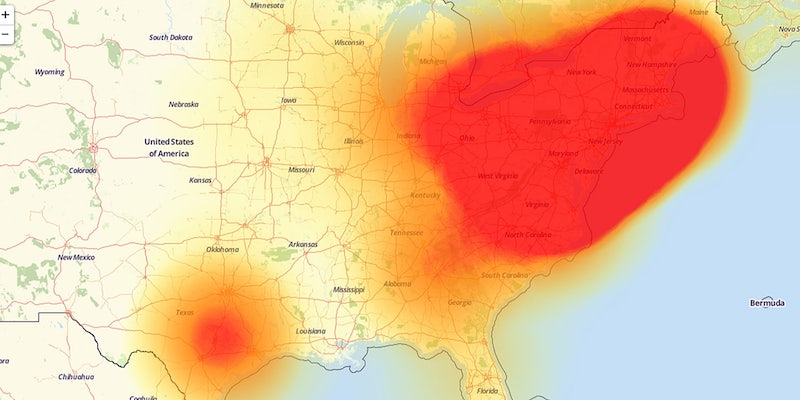 It's not just you.

Is the internet acting weird today? It’s not just you.

A major cyberattack rendered websites and online services inaccessible across the East Coast on Friday morning. The problems later spread across the United States as a result of a second wave of attacks.

Dyn, a company that manages Domain Name System (DNS) servers for a slew of popular sites and services—Twitter, Reddit, Spotify, Netflix, and many more—said it was experiencing a distributed denial-of-service (DDoS) attack that rendered its customers’ sites inaccessible for millions of users.

Not all users were affected equally, however, and sites appear to have been intermittently accessible. To see a full list of sites that have reportedly been affected, click here.

“This attack is mainly impacting US East and is impacting Managed DNS customer in this region,” the company wrote at 8:45am ET. “Our Engineers are continuing to work on mitigating this issue.”

DNS servers, a key piece of the internet, convert the domain names of websites (like dailydot.com) into computer-readable IP addresses (like 58.188.221.232). This is what allows you to access websites without having to type in these long numbers. But with a company like Dyn under attack, the system doesn’t work.

The attack appears to have started just after 7am ET and appears to have affected huge swaths of the East Coast and much of the Midwest. Level3, which monitors internet activity, shows the extent of the outage. 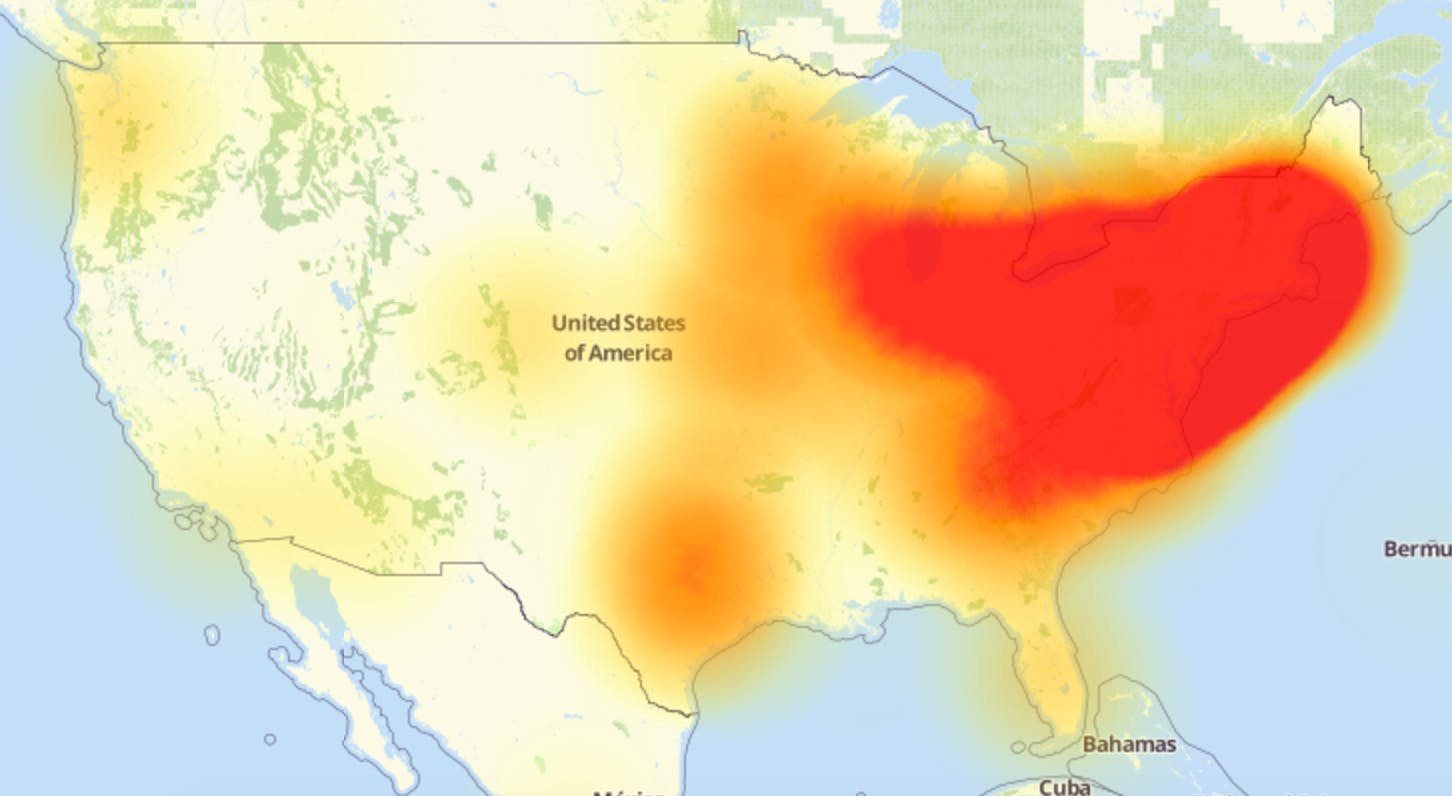 It is not clear where the attack originated. Regardless, an attack of this nature stands to causes millions of dollars in lost revenue and productivity.

Update 9:45am ET, Oct. 21: Dyn says services have been restored to normal. However, some users are still reporting outages.

Update 12:47pm ET, Oct. 21: A second round of DDoS attacks launched just before noon on Friday has once again affected Dyn’s services. Twitter and many other sites remain heavily affected, including Google, Facebook, Etsy, Imgur, and more.

The number of users affected has also spread (perhaps because the West Coast is now online), as evident on the updated Level3 map: 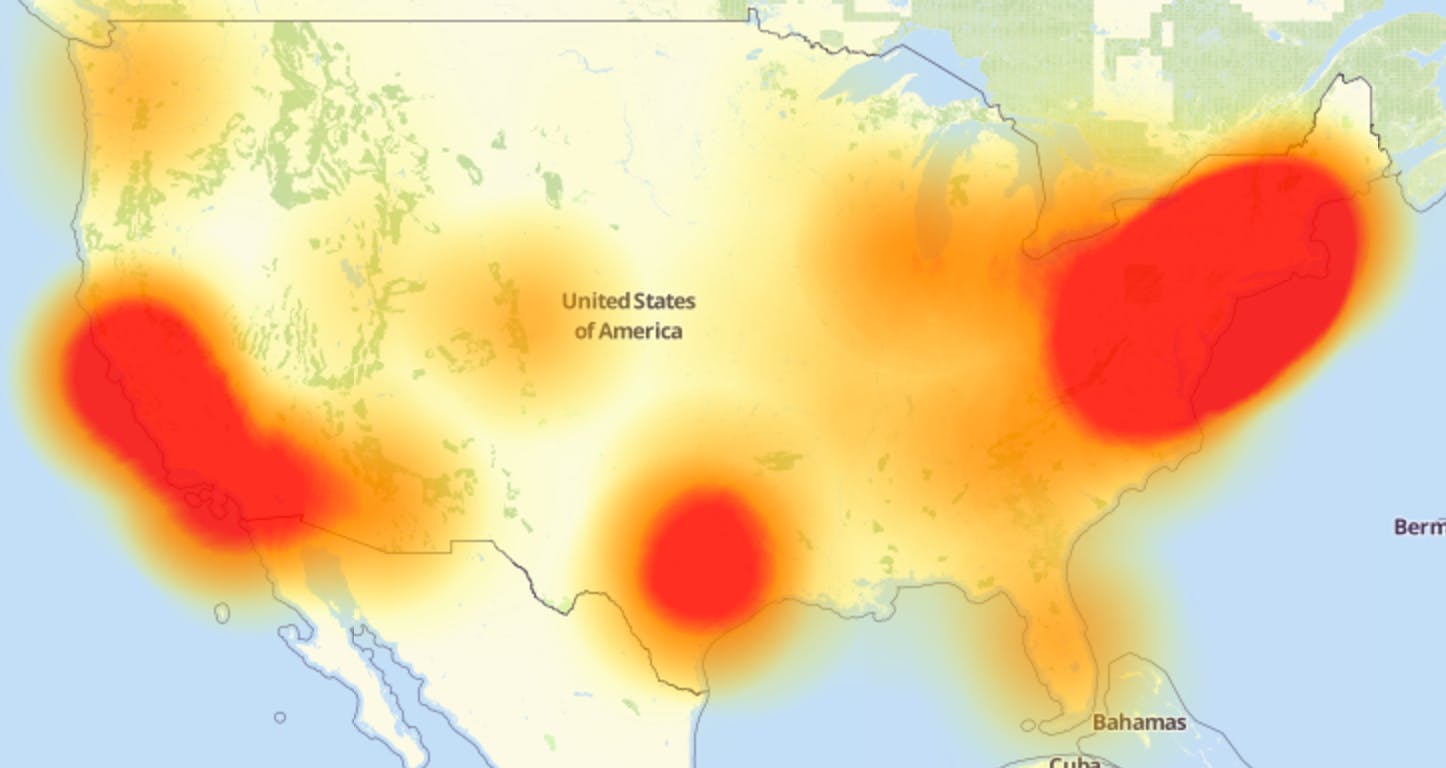 Update 3:59pm ET, Oct. 21: Dyn continues to suffer from attacks after having restore its systems twice. The outages continue.

We will continue to update this piece as more details become available. If the outage has severely impacted you in some way, please contact the author. We’d like to hear your story: Andrew Couts, [email protected].