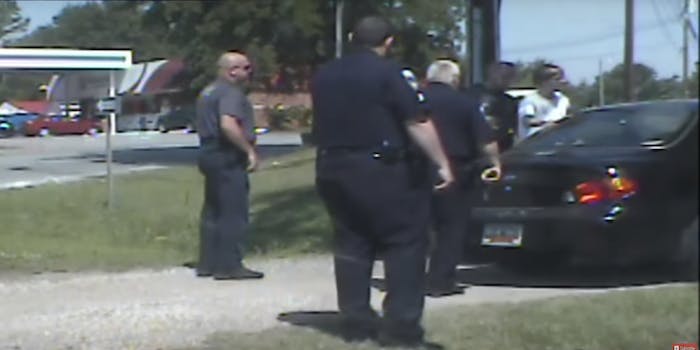 He was found with a gun and arrested without further incident.

The video shows the officers approaching his black Hyundai Elantra the morning after the shooting, one of them with his gun drawn. The 21-year-old is then frisked and placed in handcuffs while other officers arrive at the scene.

A police report states that a Glock semi automatic handgun was found in the back seat of Roof’s car.

A website attributed to Roof was discovered over the weekend containing his apparent manifesto. The 2,500 word document indicates that Roof selected Charleston for its prominent black history.

“We have no skinheads, no real KKK, no one doing anything but talking on the Internet,” it reads. “Well someone has to have the bravery to take it to the real world, and I guess that has to be me.” 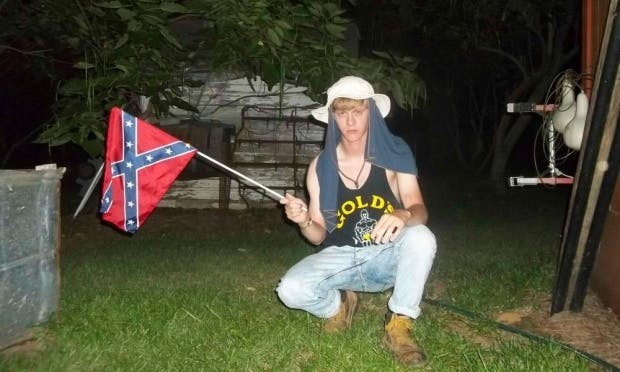 Photos of the white supremacist were also discovered on the site. In many, he’s either holding or standing next to a Confederate flag while posing with a gun. He’s also seen wearing a T-shirt with a coded reference to Adolf Hitler.