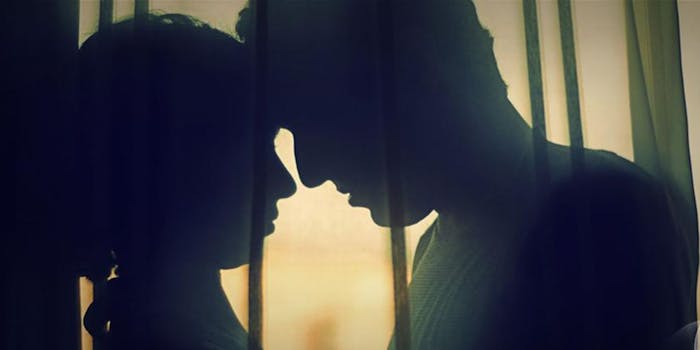 Is that an iPhone in your pocket, or are you just happy to see me?

Sex is one of the few things that the vast majority of people keep technology-free. Sure, you can have a virtual-reality hookup or 3D-print a sex toy, but those things remain extremely niche, and no single innovation has revolutionized sex on a massive scale.

Durex, the company best known for its condoms, wants to change that. It has something up its sleeve—or maybe down its pants?—that it says will be the future of sex.

Few details about this new piece of sex tech have been revealed, but Durex is creating it in partnership with Siren Mobile, allowing us to speculate a bit. Siren Mobile is the creator of a dating app—called Siren—that gives women the keys to the entire dating system, allowing ladies to control who sees their photos and when.

“On Siren, women share their profile photo only with men they choose,” the company’s website explains. “This small step gives needed privacy and eliminates objectification. When men receive a Siren connection, they know she’s interested. It’s an asymmetric model that benefits everyone.”

Thus far, Durex’s teases don’t seem to be aimed directly at either men or women. The company has suggested only that the new gadget relates to mobile technology and that it’s designed to help users achieve orgasm. Given that the company’s entire business model revolves around orgasms, that’s not at all surprising. But if the tech is aimed at syncing partners to climax simultaneously, or perhaps even remotely, that would make it a lot more interesting.

For the moment, we’ll have to wait and see—let’s just call it foreplay—but Durex is already taking signups from anyone who wants to test the new sex tech, so opt-in if you’re feeling frisky.