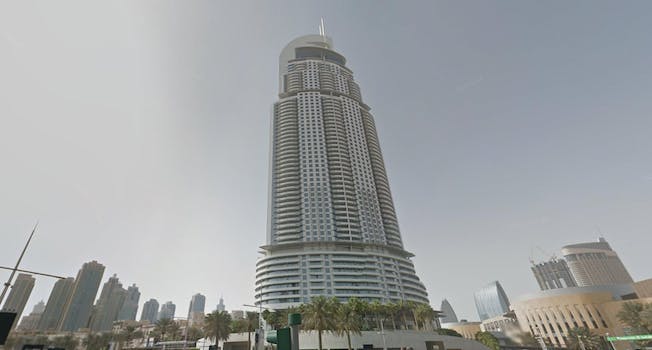 The blaze occurred just hours before Dubai was set to celebrate the New Year.

A massive blaze has consumed the Address hotel in Dubai, the capital of the United Arab Emirates, just hours before citizens and tourists began celebrating the New Year.

It it not yet clear whether the inferno has claimed any victims.

News of the fire, which is believed to have started at 9:30pm local time, spread quickly on Twitter and Periscope, where people nearby shared images of the fire that quickly engulfed much of the 63-story luxury hotel.

Massive fire at The Address hotel in #Dubai: (via @khaleejtimes) pic.twitter.com/PzLtc4kmFF

Live on #Periscope is a 60 storey 5 Star hotel in Dubai on fire near the Tallest Building in the World! @dearsina pic.twitter.com/nWXgrGG8iO

Address hotel downtown Dubai has caught fire…pls pray everyone, there must lots of people inside. Can't believe it pic.twitter.com/GAxmWnjDiN

The Address was reportedly just about to begin its New Year’s Eve fireworks display, but it is not yet clear whether the blaze is related to that event.

The hotel is located in downtown Dubai, near the Burj Khalifa, the world’s tallest building.

DHA is on-site getting everything under control by checking on everyone's safety pic.twitter.com/D70Zo3GnBN