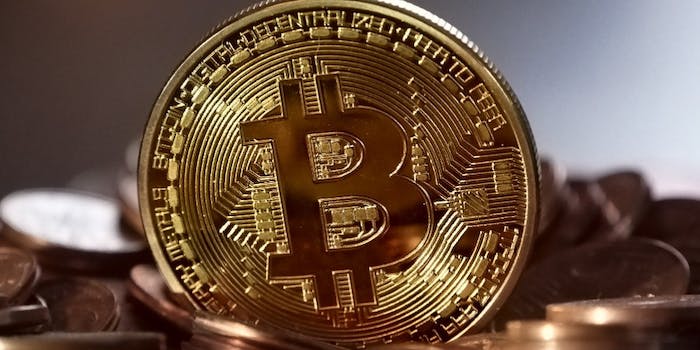 Don't you hate when you lose millions of dollars?

A drug dealer has lost almost $60 million after his landlord reportedly threw out the Bitcoin codes that allow access to the accounts.

The drug dealer apparently hid the access codes inside of a fishing rod case in his rental vacation home, according to the Irish Times. But when Clifton Collins was arrested for dealing marijuana, his landlord cleaned out the home and threw away several belongings, including the fishing rod case.

Bitcoin is a cryptocurrency, or digital cash. Collins purchased the Bitcoin in 2011 and 2012, in order to stash the money he’d made while dealing. Since then, Bitcoin has become more valuable.

The drug dealer split the money into several Bitcoin accounts or “digital wallets,” according to the Irish Times. Each digital wallet comes with a code. (A code you shouldn’t lose.)

Collins wrote the codes on a piece of paper, meaning that the only way to access the funds has likely been burned in a waste dump in Germany or China, according to the Irish Times.

Local authorities told the newspaper that they hoped technological advancements will help them access the money in the future.

While you might think there is nothing more frustrating than losing $60 million, you’d be wrong––people have lost up to $190 million in Bitcoin for misplacing or losing their codes.

Besides, Collins told the Irish Times that he had already come to terms with the fact that he would have lost the money to the police anyway.