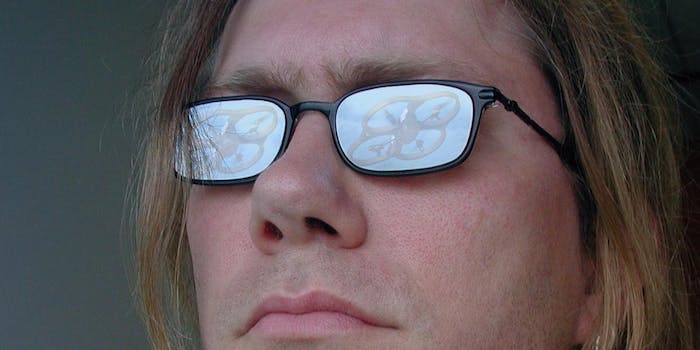 The U.S. government wants your help figuring out drone regulations

Don't say you were never asked for your opinion.

The federal government on Monday announced a series of public meetings where anyone can share their suggestions for regulating drones.

The meetings will focus on generating “privacy, transparency, and accountability” suggestions as the government steps up its involvement in the world of unmanned aircraft systems (UAS), better known as drones, according to a notice published by the National Telecommunications and Information Administration.

Four meetings are scheduled for rest of the year, with the first one taking place on Aug. 3.

The meetings fulfill a directive issued by President Obama for the NTIA to bring together everyone interested in shaping the rules around drones. “The end goal is best practices that mitigate consumer concerns while promoting growth and innovation in this exciting sector,” Angela Simpson, Deputy Assistant Secretary of Commerce for Communications and Information, wrote on the agency’s blog.

These meetings are separate from the Federal Aviation Administration’s ongoing process of crafting rules for commercial drone use, a process that has unfolded much more slowly than drone makers and various industry stakeholders would like. It’s unclear if FAA officials will attend the meetings. An FAA spokesman told the Daily Dot that it was still undetermined who would “provide a regulatory overview on behalf of the FAA.”

The Aug 3. kickoff meeting will “provide stakeholders with factual background regarding how UAS technology is currently used by businesses and individuals, how the technology might be employed in the near future, and what privacy, transparency, and accountability issues might be raised by the technology,” according to the notice filed in the Federal Register.

As part of that initial discussion, the NTIA wants to discuss current drone rules, “the range of commercial uses” of drones, and the “high-priority substantive issues” that participants want to address in future meetings.

The NTIA will “act as a neutral convener, with stakeholders driving the process and determining the content of the best practices,” Deputy Assistant Secretary Simpson wrote in her blog post.

As it continues to prepare its drone regulations, the FAA has partnered with three companies to let them test the use of drones in their respective industries. CNN, one of the partners, will use drones to enhance its news coverage.

Amazon, an early advocate for drone-based delivery services and one of the FAA’s chief critics, wouldn’t say whether it planned to attend the NTIA meetings to press its case.

“We have nothing to offer at this time,” said Kristen Kish, a spokeswoman for Amazon Prime Air, the company’s experimental drone program. She pointed to comments that Amazon submitted to the NTIA in April.