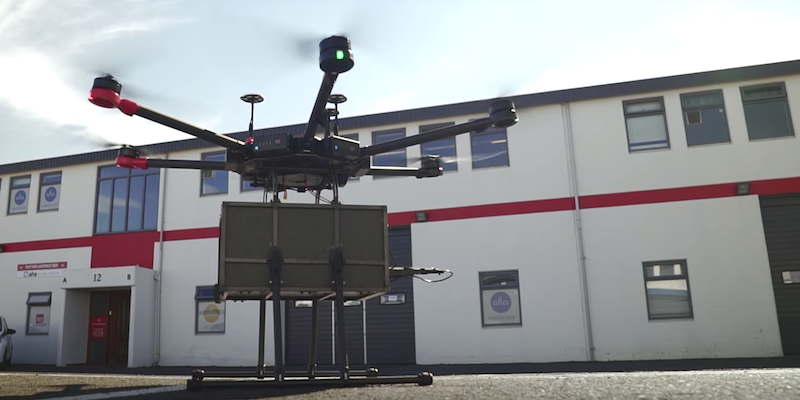 How Iceland is using drones to deliver beer

How do you say cheers in Icelandic?

The citizens of Reykjavik, Iceland, have officially found the best use for commercial drones: beer delivery.

Drone logistics company Flytrex and on-demand goods service AHA worked together to create a small drone route for delivering packages to residents in the nation’s capital. A DJI hexacopter was modified with a cargo compartment capable of carrying around 6.5 pounds of goods for up to six miles. That’s enough for it to fly back and forth on a single route making about 20 deliveries every day. It’s also strong enough to carry on-demand goods that AHA offers, including sushi, hamburgers, and beer. Flytrex flights start at $0.80 per mile.

Instead of flying directly to each customer’s door, the drone starts at a loading facility, flies over a bay of the North Atlantic Ocean, and drops its package off to a delivery person who finishes the route from there. By using a drone, AHA doesn’t need to send its delivery drivers on an inefficient route across the bay. What would normally take about half an hour with a truck takes just four minutes with a drone.

Flytrex CEO Yariv Bash told the Verge he expects his company to incorporate more capable drones as they become available. He hopes to continue his partnership with AHA and wants to expand his delivery network across Reykjavik so goods can be sent straight to people’s yards using an air-to-ground wire.

This isn’t the first time we’ve seen drones deliver goods to customers. Amazon has been adamant about using drones for a while now, and successfully delivered its first package in the U.K. last December.  The retail giant hasn’t provided a timeline on when it expects to use its Prime Air program for commercial deliveries. However, it does state on its website that the technology could one day deliver packages to customers in 30 minutes or less. We’ll cheers to that.